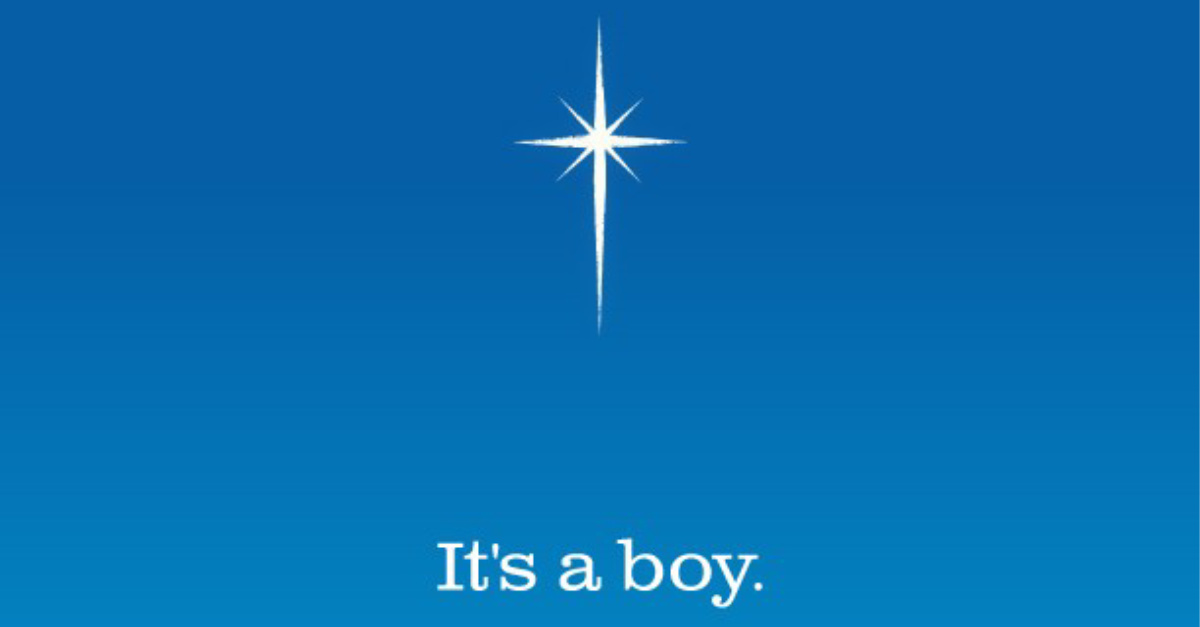 Countless Americans this week learned about the birth of Christ and were directed to a website about Christianity thanks to full-page newspaper ads by Hobby Lobby.

The ad ran in newspapers across the county and shows a star in the sky above a simple message against a blue background: “It’s a boy.” A Bible verse was printed underneath: “‘Today in the town of David a savior has been born to you; He is Christ the Lord’ – Luke 2:11.”

The bottom of the ad included information for those who weren’t Christians: “If you would like to know Jesus as Lord and Savior, visit Need Him Ministry at ChatAboutJesus.com. To download a free Bible for your phone, go to Mardel.com/Bible.”

The names of Hobby Lobby and its sister store, Mardel, were also listed.

“This ad serves as a reminder of the true meaning of Christmas and celebrates what millions of people around the world and for centuries have considered a turning point in human history – the birth of Jesus Christ,” Hobby Lobby said in a press release.

The first Christmas ad ran in 1997. Hobby Lobby’s website includes images of each holiday ad from the past two decades.

Hobby Lobby founder David Green came up with the concept for the ads during the 1995 Christmas season.

“Green was reading the Christmas advertisements, including those for his own store, and he felt commissioned by God to do something different,” Hobby Lobby’s website says. “Hobby Lobby was selling all kinds of crafts that customers used to celebrate Christmas, yet David Green was struck by the lack of any testimony in newspapers regarding the meaning of the holiday.

“… Before long, Hobby Lobby was placing beautiful full-page ads celebrating the real meaning of Christmas, Easter and Independence Day in newspapers across the country. The impact and relevancy of these messages is (sic) ongoing, so we post them here for your enjoyment.”