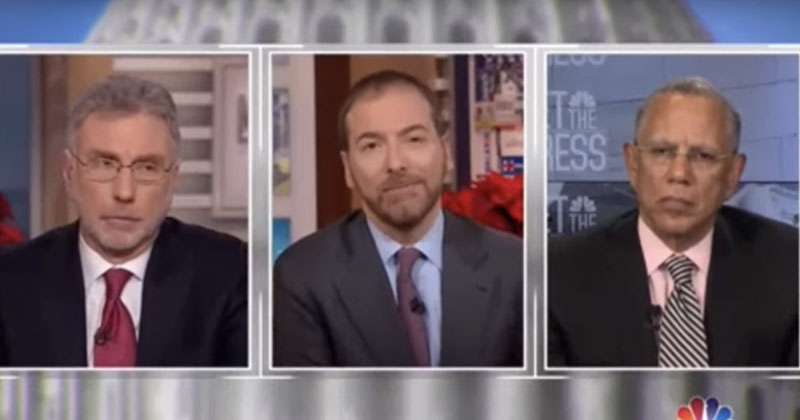 The executive editors of The New York Times and The Washington Post admitted that their publications should not be “dismissive” of Trump supporters as the Democrat impeachment campaign failed to chip away President Trump’s approval.

New York Times executive editor Dean Baquet and Washington Post executive editor Marty Baron both acknowledged on NBC’s Meet The Press on Sunday that their publications “have to do better” to fairly cover Trump supporters, and that they deserve “respect” from the media.

“I don’t want to be dismissive of people who support the president. I think they’re owed our respect, and they certainly have mine,” Baron said. “They feel that the so-called elites in Washington have not paid attention to them, that they don’t understand their lives … They feel that the president is actually listening to them and addressing their concerns, and so they tend to believe him.”

Baquet added that the liberal media has failed to fairly cover Trump supporters, admitting they “can’t just dismiss” everyone that supports Trump.

“We have to do a better job understanding why some people support Donald Trump,” Baquet said. “I agree with Marty; we can’t dismiss everybody that supports Donald Trump. I think we have to get out in America much more than we do and talk to people.”

Columnists and contributors for both the NYT and WaPo have viciously attacked Trump supporters for years.

For example, WaPo columnist Jennifer Rubin called for Democrats to “burn down” conservatives “with no survivors.”

In fact, here’s an entire compilation of media figures and publications calling for outright violence against Trump supporters.