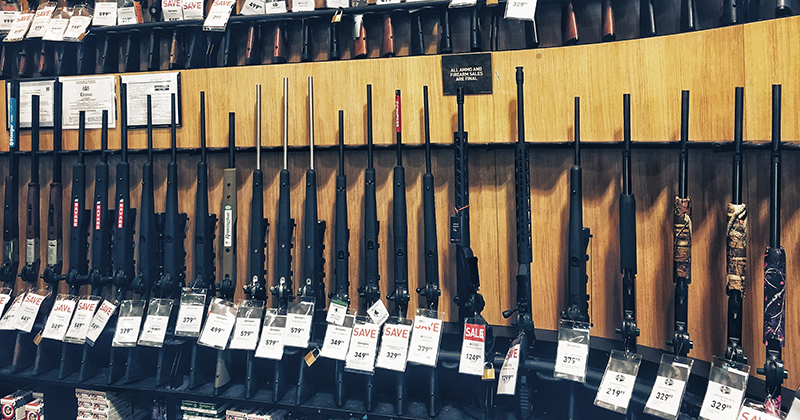 China’s state-run Global Times on Monday used the weekend’s shootings to argue that gun ownership is “out of control” in the United States and mass shootings are “shocking in a U.S. allegedly governed by law.”

That curious phrasing — criminals by definition do not obey laws, so their existence does not prove a nation is lawless — belied China’s desire to use mass shootings as a way of slapping back at Americans who criticize Beijing for such horrors as the persecution of the Uyghur Muslims and the erosion of Hong Kong’s autonomy.

Live with Alex Jones and Matt Bracken
Also, start your year right with free shipping and up to 75% off our hottest items during the Mega Blowout Sale!

For obvious reasons, the CCP has serious problems with the private ownership of firearms, so it attacked America’s Second Amendment with gusto in the Global Times:

The right to bear arms is enshrined by the US Constitution. No official statistics are on record counting how many guns there are among the US people, but the number is generally estimated to be hundreds of millions.

Who own these guns? Are certain people prepared to use them as murder weapons?

These issues have not been tracked or supervised effectively. Various criminal motives exist in American society. From the perspective of gun murders, the US is beset with crises.

Private gun ownership is a tradition from the early days at the founding of the US.

In a modern society, the problems created by this tradition have already exceeded the benefits.

Crime is one of the increasingly prominent modern diseases in several societies in the 21st century, and the spread of guns enables crime to unleash greater killing energy.

American society has already seen serious problems caused by the private ownership of guns, but their massive number has contributed to an enormous inertia.

Many interest groups have benefited from it and some ordinary people have truly gained a sense of safety.

To change this habit which has lasted hundreds of years, tremendous political courage and a rearrangement of interests is required.