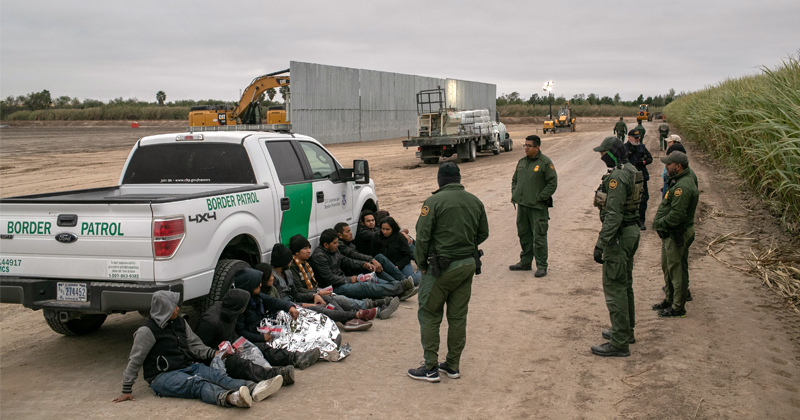 The Trump administration has expanded a program that expeditiously reviews and processes asylum claims, which can also lead to the quick repatriation of migrants back to their home countries.

Customs and Border Protection (CBP) confirmed to the Daily Caller News Foundation on Tuesday that it has expanded Prompt Asylum Claim Review to the Rio Grande Valley region — an area in southern Texas that experiences extremely high levels of illegal immigration and Border Patrol activity. Extension of the program was first reported by CBS News.

Under PACR, migrants who lodge an asylum claim can receive a decision in 10 days or less, rather than undergo an asylum review process that could take months or even years. Migrants who have been apprehended near the El Paso area and are subject to PACR are transferred to a 1,500-bed Border Patrol facility. They are then allowed one day to phone a lawyer or family member, and are then interviewed by an asylum officer to determine if their claims are credible.

CBP confirmed that PACR was implemented at tent facilities in the Donna Texas Port of Entry in December. More than 1,000 individuals have been enrolled in the program since it began, the agency added.

The directive is one of many that the Trump administration has launched in order help manage the illegal immigration crisis taking place at the U.S.-Mexico border. In the past year, the White House has expanded Remain in Mexico, relaunched the Interior Repatriation Initiative, entered into asylum agreements with several Central American governments, among so many other things.

Immigrant-rights activists and other critics argue that such fast-tracking of the asylum process denies migrants their due process, claiming that it limits access to lawyers and essentially ensures that migrants are deported.

However, CBP has pushed back against such criticism, noting that all individuals placed under PACR are given the opportunity to receive consultation before their reviews.

“The Prompt Asylum Claim Review works to achieve streamlined, same location asylum claim processing at facilities in El Paso and the Rio Grande Valley. Individuals in PACR are allowed time for interview preparation and consultation access via telephone,” a spokesperson for the agency said to TheDCNF on Tuesday. “CBP remains committed to ensuring the integrity of process throughout the immigration status proceedings of every individual apprehended.”

Additionally, those who do not pass their asylum review are allowed under PACR to request a review by an immigration judge.