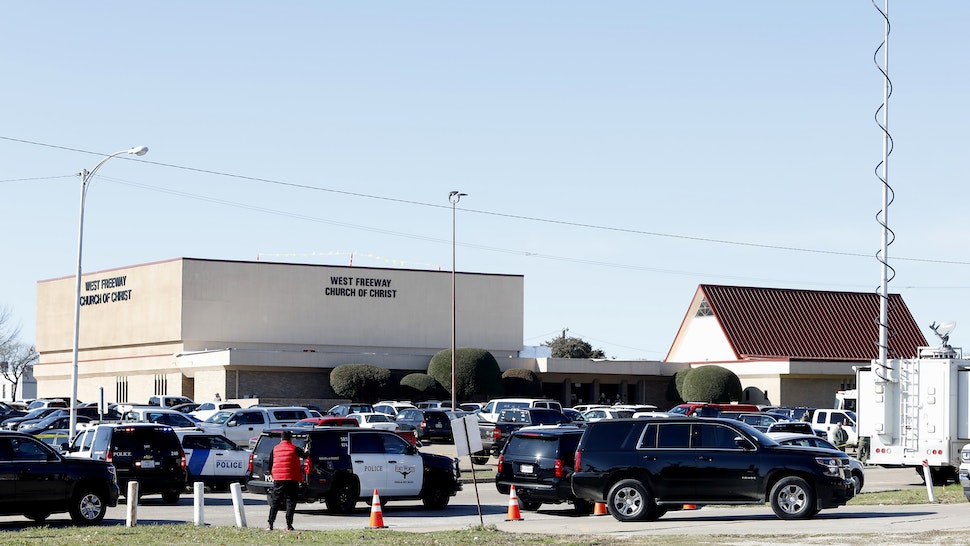 USA Today is facing blowback over an op-ed they published from Arizona Republic blogger Elvia Diaz, who wrote that it was “terrifying” that members of the West Freeway Church of Christ in Texas were armed when a man stormed the church and opened fire on congregants.

Diaz wrote in response to hero Jack Wilson’s heroic actions in taking down the shooter only a few seconds after the shooter opened fire, “Unfortunately, that kind of split-second heroism has been turned into a PR tool by gun advocates. ”

Diaz continued by criticizing the other armed churchgoers who responded to the attack, saying that it was “terrifying” that nothing is known about them.

Diaz falsely claimed that the real story behind the incident was not Wilson’s heroism.

Diaz pulled a Joe Biden and essentially attacked the fact that Texas Governor Greg Abbott signed a bill into law that allows people in churches to be armed. Diaz wrote:

Texas has one of the nation’s least restrictive gun laws, including allowing armed security at houses of worship and allowing parishioners to bring their weapons to church. Gun advocates didn’t waste any time after the recent church incident to promote the idea of arming oneself.

Diaz claimed that the real story was how the attacker, who had a criminal record and was banned from owning firearms, was able to get a firearm:

Sunday’s shooting isn’t just about Jack Wilson’s heroism. It’s about how [the shooter] got a hold of a weapon in the first place, given his criminal record.

Without realizing it, Diaz actually made a strong case against gun control, which she was trying to promote, because she highlighted the fact that criminals do not obey laws and no gun control law is going to stop a motivated criminal from obtaining a weapon.

Here are some of the responses that Elvia Diaz received over her controversial article:

Columbine survivor Evan Todd: “I stared down the barrel of a gun at Columbine, where 13 people were murdered and almost 30 wounded. I wished then and now that we had a Jack Wilson that fateful day. The world would be a better place if there were more men and women like Jack Wilson. Shame on you, @elviadiaz1”