A senior Iranian military commander has promised further action against the United States, a day after Tehran launched missiles at two bases housing US troops in Iraq 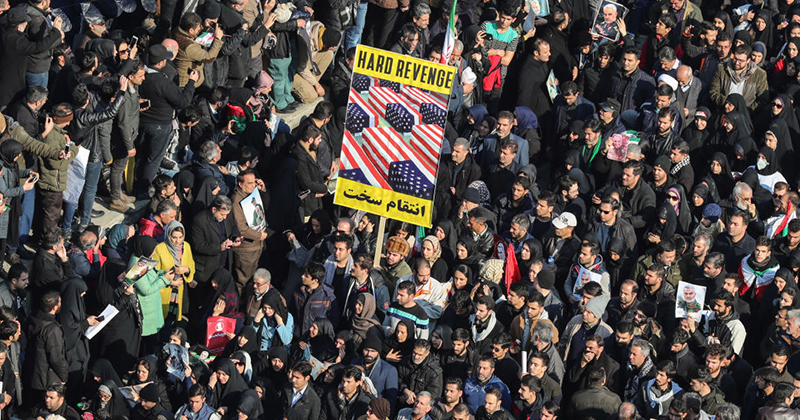 A senior Iranian military commander has promised further action against the United States, a day after Tehran launched missiles at two bases housing US troops in Iraq.

The deputy head of the IRGC, Ali Fadavi, described Iran’s missile attacks on US forces as a display of the Islamic Republic’s military capabilities, claiming that the Americans “couldn’t do a damn thing” about the strikes.

Earlier, President Hassan Rouhani said that Iran’s ultimate goal, in retaliation against the assassination of Quds Force commander Qassem Soleimani, is the complete removal of US forces from the region.

Savanah Hernandez joins Owen to report on the latest email she received from a leftist group blaming President Trump for the tension with Iran.

Iran’s supreme leader described the missile strike as a “slap in the face” for the US, but said that the attack was not “sufficient” to remove “the corrupting presence of America in the region.”

Tehran defended the strikes as a legitimate act of self-defense. US President Donald Trump said that Washington would respond with more sanctions while reserving the right to take further military action against Iran in the future. The escalation has prompted calls from the international community for an easing of US-Iran tensions.

Also, take advantage of the final hours of our Mega Blowout Sale with free shipping and up to 75% off our hottest items!