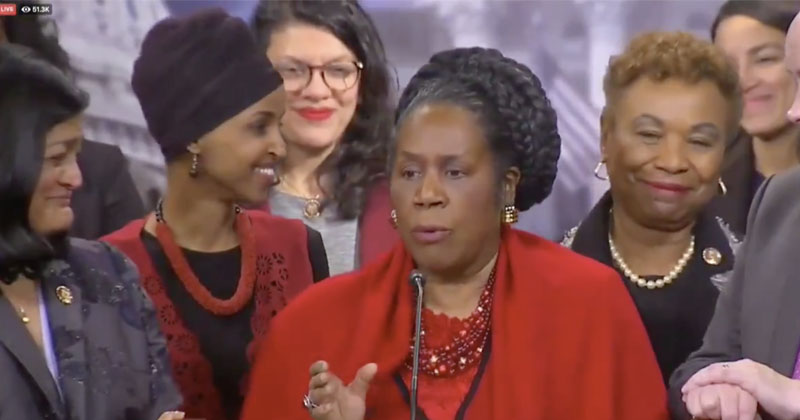 As Rep. Sheila Jackson-Lee (D-Texas) was delivering remarks regarding the slain U.S. troops of the Iraq War, Omar couldn’t help but chuckle in the background before trying to compose herself.

Ilhan Omar laughs and jokes around as her colleague discusses U.S. casualties in Iraqhttps://t.co/LfpLyXLPQG pic.twitter.com/R28SVlIqq5

During her own remarks, Omar referred to Trump as the “occupant of the White House” as she accused Trump of destabilizing the region despite destroying the physical ISIS caliphate in Syria and assassinating its leader Abu Bakr al-Baghdadi.

“This is a man who is both an arsonist and a fireman. He starts a crisis, then he wants to create the appearance of wanting to solve it. He’s done that here,” Omar said.

“Our ability to fight ISIS has also been eroded because of the suspension of the Iran Nuclear Deal. The occupant of the White House has not done a single thing to stabilize the region. He has done everything to create more tension. We are no more safer today than we were yesterday.”

This anti-American disgrace needs to be REMOVED from Congress!