‘It’s not so-called replacement wall as some of our critics claimed. It is new wall,’ says acting DHS Sec. Chad Wolf 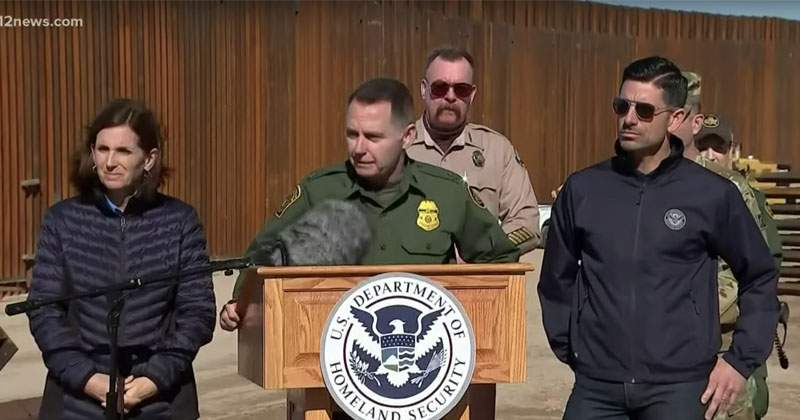 The Trump administration marked a milestone for its border wall construction project on Friday by announcing completion of the 100th mile of bollard fencing outside Yuma, Arizona.

“Every inch of the 100 miles that we have constructed is new border wall system. It’s not so-called replacement wall as some of our critics claimed. It is new wall,” Wolf told attendees at a press conference.

Wolf then shot down critics who claim that the project is simply replacing existing border fencing, noting that the new 30-foot steel bollard fencing makes it a totally new addition.

“When someone builds a new, modern, smart, five-bedroom house, in place of a dilapidated rundown shack, you do not call it a replacement house. You call it a new house. The same logic applies here,” Wolf added.

But Wolf also implied that the Trump administration may not have 450 miles of wall completed by the end of 2020, as it had promised.

“I can tell you right now that we remain confident that we are on track to [reach] 400, 450 miles that are either completed or under construction by the end of 2020,” Wolf said.

“The Fifth Circuit Court of Appeals just reversed a lower court decision & gave us the go ahead to build one of the largest sections of the desperately needed Southern Border Wall, Four Billion Dollars. Entire Wall is under construction or getting ready to start!” Trump tweeted.