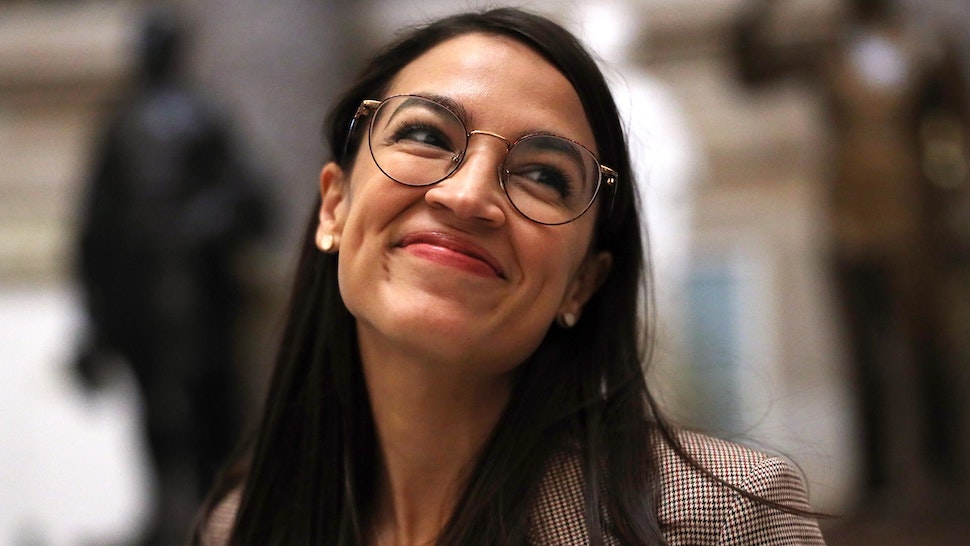 Socialist Rep. Alexandria Ocasio-Cortez (D-NY) has drawn continued scorn from her own party as she reportedly refuses to pay party dues to the Democratic Congressional Campaign Committee (DCCC) and is instead redirecting those funds to other far-left candidates like herself.

Their gripe is that Ocasio-Cortez hasn’t given any money to the DCCC, the party arm with the sole job of electing Democrats to the House. Records obtained by Fox News show the New York Democrat has failed to pay any of her $250,000 in “dues” to the DCCC.

Her goose egg of a contribution is no accident. Ocasio-Cortez says she has beef with the DCCC and she’ll withhold her money in protest of how the Democratic Party won’t back insurgent progressive primary candidates, like herself, in the name of protecting incumbents.

“DCCC dues are about supporting others because you want to be part of the team,” Meeks said. “The goal is to be in the majority. And the goal is, when you are on a team I would think, to respect individuals whose districts are different than yours.”

Another Democrat source spoke in more candid terms: “Deadbeat Cortez should pay her bills. She’s always whining about people paying their fair share, and here she is leaving her friends with the bill.”

“For me personally, I’m not paying [DCCC] dues,” Ocasio-Cortez said, claiming that she was holding out for a “myriad of reasons.”

Ocasio-Cortez, who recently suggested that she was so extreme that she would not be in the same party as Joe Biden if they were in a foreign country, has long angered many in her own party.

In July, Rep. William Lacy Clay (D-MO) blasted Ocasio-Cortez “for suggesting that House Speaker Nancy Pelosi was targeting her because Pelosi was racist, saying that it shows ‘how weak’ Ocasio-Cortez’s ‘argument is,’” The Daily Wire reported.

“What a weak argument, because you can’t get your way and because you’re getting pushback you resort to using the race card? Unbelievable. That’s unbelievable to me,” Clay said. “I could care less. I could really care less. I agree with the Speaker. Four people, four votes out of 240 people, who cares.”

“It shows you how weak their argument is when they have to resort and direct racist accusations toward Speaker Pelosi,” Clay continued, adding, “it’s very disappointing to me.”

Shortly after Clay’s comments, The House Democrats slammed Ocasio-Cortez’s then-chief of staff Saikat Chakrabarti, who seems to have a soft spot for followers of Adolf Hitler, over bigoted remarks that he made toward fellow Democrats.

House Democrats wrote: “Who is this guy and why is he explicitly singling out a Native American woman of color? Her name is Congresswoman Davids, not Sharice. She is a phenomenal new member who flipped a red seat blue. Keep Her Name Out Of Your Mouth.”

One thought on “‘DEADBEAT CORTEZ’: Democrats Unload On AOC For Not Paying Her ‘Fair Share’ Of Party Dues”