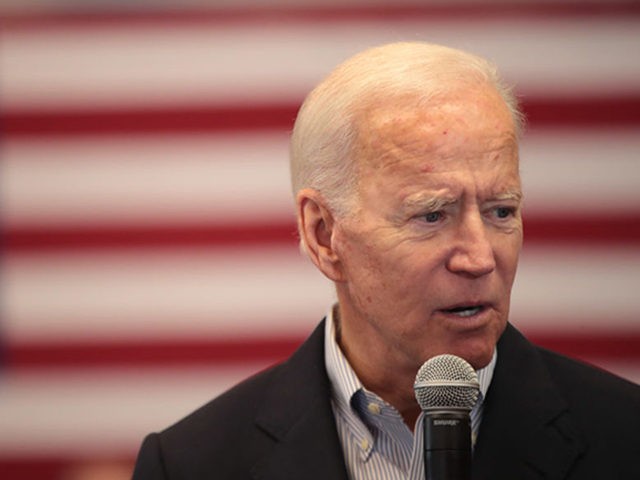 Sen. Bernie Sanders’ (I-VT) presidential campaign is on the warpath against former Vice President Joe Biden, accusing him of “rewriting history” during his time as a senator with his inconsistent voting record on the Iraq War.

“It is appalling that after 18 years Joe Biden still refuses to admit he was dead wrong on the Iraq War, the worst foreign policy blunder in modern American history,” Jeff Weaver, a senior adviser to the Sanders campaign, announced late Saturday.

“Unlike 23 of his Senate colleagues who got it right, Biden made explicitly clear that he was voting for war, and even after the war started, he boasted that he didn’t regret it,” Weaver continued.

Weaver also issued the statement on behalf of the campaign shortly after former Secretary of State John Kerry rushed to Biden’s defense on Iraq, claiming that they as senators needed to give the president leeway to get Saddam Hussein “back to the table without going to war.”

“That vote was unfortunately structured in a way that it was sort of either-or,” Kerry told NBC News.

“It was a mistake to have trusted [the Bush administration], I guess, and we paid a high price for it,” Kerry added. “But that was not voting for the war.”

Other members of the Sanders campaign also weighed in on Biden’s past support for the Iraq War.

David Sirota, a speechwriter for Sanders, tweeted a statement Saturday that Biden “isn’t getting away with rewriting history about how he helped lead America into the Iraq War.”

Listen, folks, here’s the deal, ladies and gentlemen: @JoeBiden isn’t getting away with rewriting history about how he helped lead America into the Iraq War. https://t.co/m3xmC4hX6m