It’s a new class of artifact. 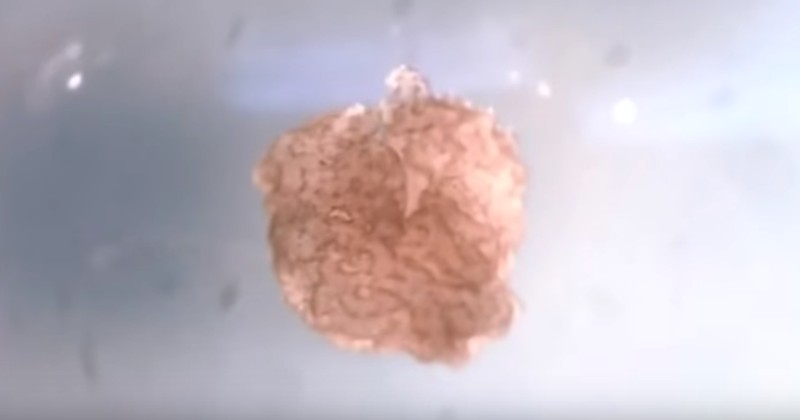 A group of US researchers has created what they say are the first-ever living robots, which were made of frog embryos’ cells and can be programmed for a specific job, according to their study published by the US journal Proceedings of the National Academy of Sciences.

Joshua Bongard, the University of Vermont expert who co-led the new research, described the robots as “the novel living machines”, also known as “xenobots”.

“They’re neither a traditional robot nor a known species of animal. It’s a new class of artifact: a living, programmable organism”, Bongard  pointed out.

The “xenobots” created by the researchers are sub-millimetre-sized blobs containing between 500 and 1,000 cells that are able to scoot across a Petri dish, self-organise, and even transport minute payloads.

All this was designed with the help of a supercomputer that actually assembled hundreds of living cells in various configurations. After the scientists set up the desired mode, the algorithm created “projects” of creatures that could best cope with the task.

“You look at the cells we’ve been building our xenobots with, and, genomically, they’re frogs. It’s 100 percent frog DNA – but these are not frogs. […] As we’ve shown, these frog cells can be coaxed to make interesting living forms that are completely different from what their default anatomy would be”, biologist Michael Levin of Tufts University, another co-author of the study, explained.

“As we’ve shown, these frog cells can be coaxed to make interesting living forms that are completely different from what their default anatomy would be.”

He added that the “xenobots” could be used for implementing a whole array of tasks, including “searching out nasty compounds or radioactive contamination, gathering micro-plastic in the oceans, [and] travelling in arteries to scrape out plaque”.

It is worth mentioning in this regard that the “living” xenobots can neither evolve on their own nor multiply, according to the study. When the cells run out of nutrients, the xenobots simply die.