George Nader admitted to trafficking a 14-year-old boy into U.S. for sex 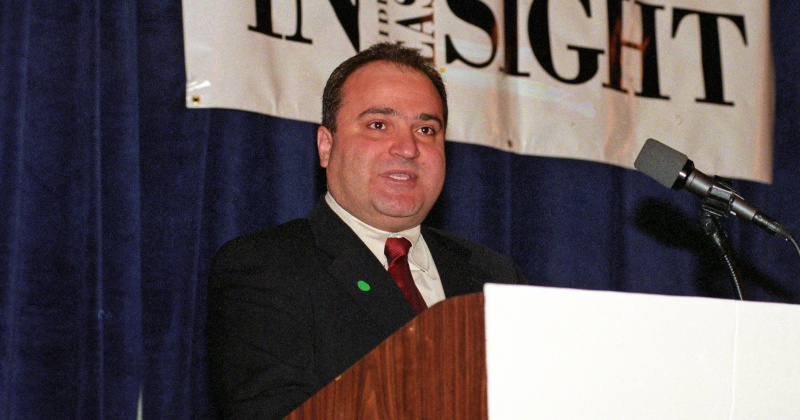 Nader, 60, was a key witness in the Robert Mueller Russia probe against President Donald Trump, and a Hillary Clinton supporter who was indicted for funneling millions of dollars to the latter’s failed presidential campaign.

Nader was convicted Monday of possessing child pornography and transporting a 14-year-old boy from the Czech Republic into the United States for sexual purposes.

Prosecutors are recommending a sentence of only ten years for Nader, according to the Washington Post.

Nader went on to serve in the Defense Department and the George W. Bush administration as an advisor on Middle Eastern policy after engaging in statutory rape against at least five Czech boys.

The Lebanese-American businessman was convicted of sex crimes against minors in the Czech Republic in 2003, and was sentenced to a year in Czech prison.

Nader also has a conviction dating to 1991 for possessing child pornography. This will not impact his current sentencing, as prosecutors have dropped possession of obscene material charges against him as part of the plea deal.

Nader’s attorneys tried unsuccessfully to argue that the statute of limitations was still in existence at the time of his crimes, and therefore should not be applied to the current trial.

Eight people were indicted Wednesday on charges of illegally funneling money into Hillary Clinton’s failed 2016 presidential campaign, as well as other left-wing causes. Among them was George Aref Nader, a key witness in Robert Mueller’s three-year investigation into now-debunked claims of Russian election interference on behalf of Donald Trump.

Nader, 60, is a businessman and lobbyist who has acted as a liaison for Middle Eastern countries including Saudi Arabia and the United Arab Emirates in Washington, D.C.

Nader’s name showed up more than 100 times in the Mueller report, and he was briefly fawned over by national media for his involvement in the infamous Russia probe before his arrest in 2019 for possessing child pornography and transporting a 14-year-old boy for sex.

It is unclear what effect the child trafficking charges will have on Nader’s fraudulent campaign finance case.