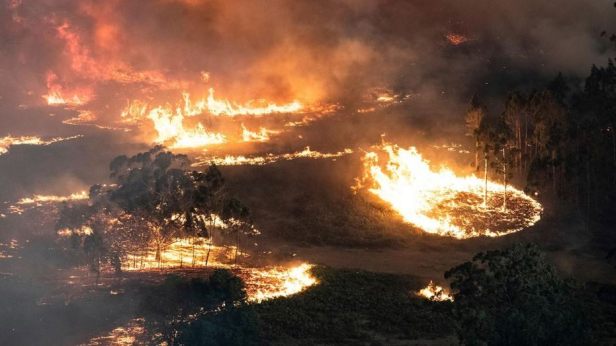 Regardless of what the dunces televising from their Hollyweird bubble claim. The current fires in Australia and recently in California aren’t simply a result of their UN Agenda 2030 directed Greta Thunberg promoted propaganda.

But no one wants to talk about the dirty secret that Jihad can be waged through arson.

And lo and behold, regarding the Australia bushfires The Daily Telegraph reported: Western Sydney teen Fadi Zraika — one of the two teens accused of lighting a grass fire at a Guildford park while bushfires ravaged NSW — laughed outside court today after appearing on multiple charges. Police allege Fadi and Abraham Zreika, both 18, set off fireworks that sparked a grass fire at Bright Park, Guildford. Succumbing to the will of the left’s cherry picking of the characterization of facts only suppresses the bigger picture. And that leads us into an inferno of lies.