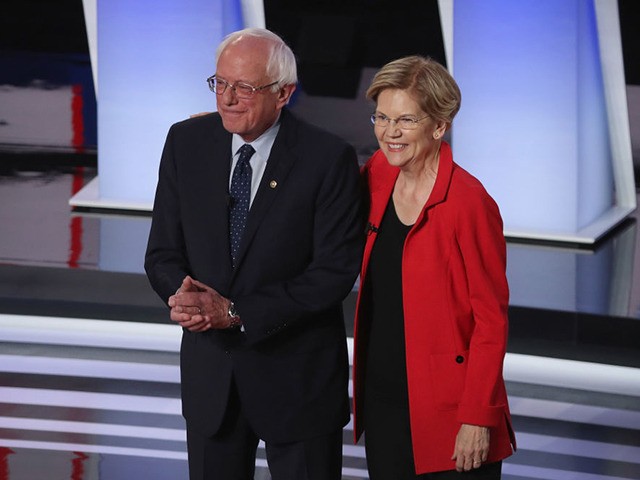 Sen. Elizabeth Warren (D-MA) is accusing her progressive rival, Sen. Bernie Sanders (I-VT), of sexism, but at least by one measure the Vermont septuagenarian has a stronger record of empowering women.

Congressional salary data analyzed by Breitbart News indicates the female employees in Sanders’ Senate office are paid more than those employed by Warren.

According to pay data compiled by Legistorm for the 2019 Fiscal Year—October 1, 2018 through September 31, 2019—the average salary for a full-time female employee working for Sanders was more than $68,000 annually. Female staffers working for Warren on average made only slightly over $63,500-per-year.

Sanders Adviser on Warren Flap: There Were ‘Wires Crossed Here’ 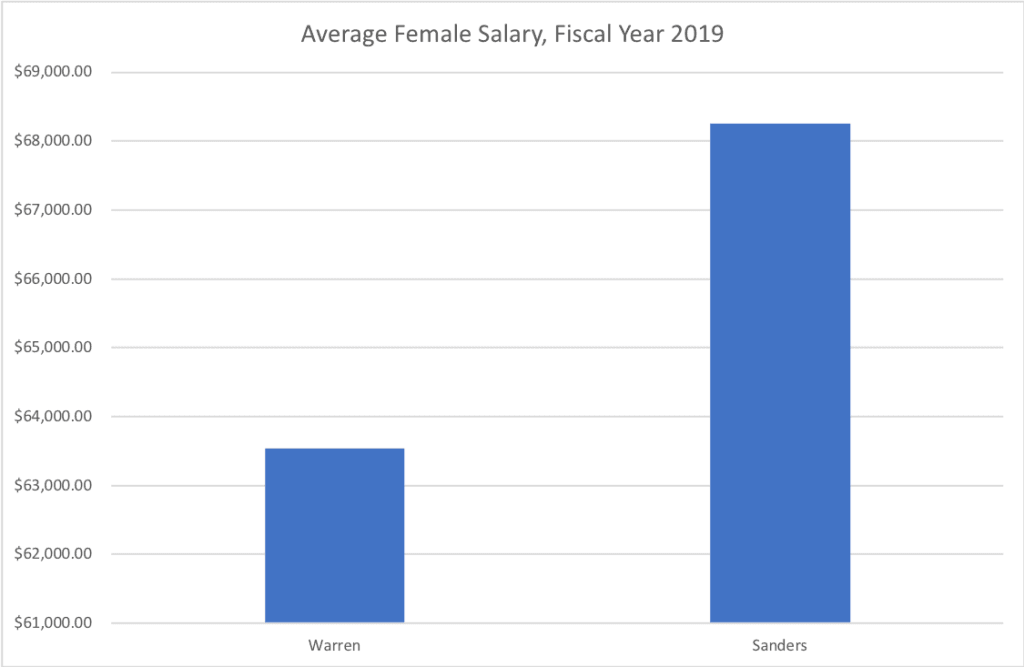 Breitbart News also determined the median salary for female employees in both offices to account for the disparity between senior aides and entry-level staffers. For example, the legislative directors of both senators made well over $100,000-per-year, while staff assistants, usually recent college graduates, only made a fraction of that figure.

The median salary for women in Warren’s office was $52,633, but with a less equitable distribution between the top and bottom. Only three female full-time employees made above six figures throughout the entire fiscal year, followed by two women who made between $75,000 and $85,000. The overwhelming majority, though, landed between $39,000 and $64,000-per-year.

When conducting its analysis, Breitbart News only included full-time employees on payroll throughout the entire Fiscal Year. As such, Warren’s chief of staff Anne Morris Reed, who was hired on October 4, 2018, did not make the cut. Similarly, Ari Rabin-Havt, who serves as Sanders’ deputy chief of staff but splits his time with the senator’s presidential campaign, was also not included.

Although both senators pay women more than men, Sanders had more women in senior leadership roles on his staff. Apart from having a female chief of staff and legislative director, the self-described Democratic socialist also had women serving in the positions of health policy director, constituent services director, and associate media producer, among others.

The same could not be said of Warren’s staff. In the Massachusetts Democrat’s office, senior leadership tended to be evenly split between men and women. The figure, though, is somewhat misleading, as men tended to dominate positions dealing with policy and politics, while women were relegated to scheduling and administrative positions. Most notably, women tended to be over-represented among staff assistants and regional state directors.

Overall, women accounted for 76 percent of Sander’s full-time congressional staff. Warren, on the other hand, had a more even balance, with 55 percent of her staff being female and 45 percent male.

The staffing and pay revelations come up as Warren has accused Sanders of sexism. Earlier this week, CNN reported that during a private conservation in December 2018, Sanders told Warren he believed a woman could not win the presidency. Sanders allegedly made the remarks when attempting to convince Warren to bow out of the race for the 2020 Democrat nomination, according to CNN:

The two agreed that if they ultimately faced each other as presidential candidates, they should remain civil and avoid attacking one another, so as not to hurt the progressive movement. They also discussed how to best take on President Donald Trump, and Warren laid out two main reasons she believed she would be a strong candidate: She could make a robust argument about the economy and earn broad support from female voters.

Sanders responded that he did not believe a woman could win.

CNN published the accusation based on the accounts of four individuals, none of whom were in the room when the conversation is to have taken place.

Sanders, for his part, vehemently denied the accusations when they first surfaced, arguing the notion he would tell Warren that a woman could not win was “ludicrous.” The senator added to his defense during Tuesday’s Democrat presidential primary debate in Iowa, when questioned on the topic.

“Anybody [who] knows me, knows that it’s incomprehensible that I would think that a woman cannot be president of the United States,” Sanders said, before urging everyone to look at his record for proof of his views on female empowerment.