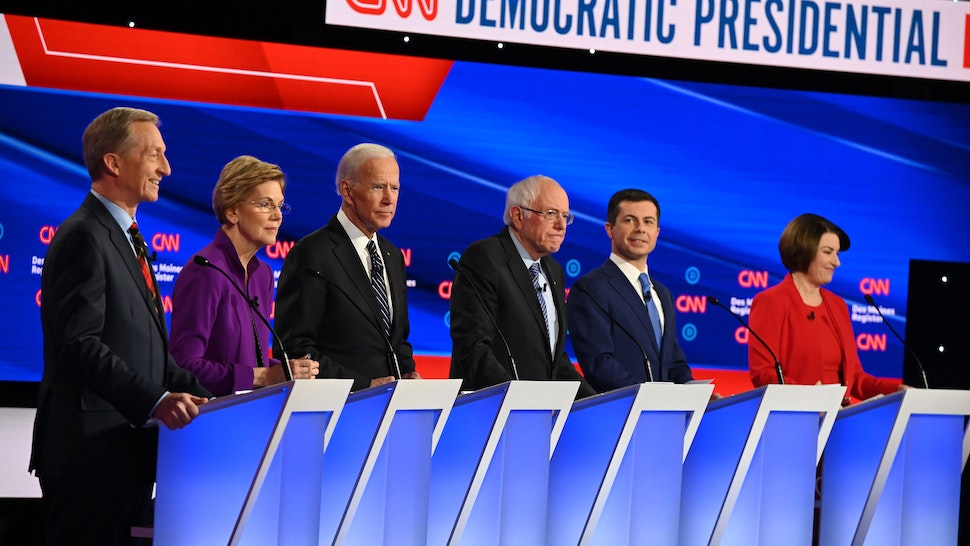 The New York Times editorial board announced on Sunday that it was endorsing two Democratic presidential candidates for the party’s nomination – Sen. Elizabeth Warren (D-MA) and Sen. Amy Klobuchar (D-MN) – a decision that was quickly mocked online by critics.

“In a break with convention, the editorial board has chosen to endorse two separate Democratic candidates for president,” The Times leftist editorial board wrote. “American voters must choose between three sharply divergent visions of the future.”

The Times immediately demonized everything that President Donald Trump has accomplished as racist and done out of “the veneration of a mythological past.”

The Times correctly noted that almost any one of the 2020 Democratic presidential candidates would be “the most” far-left “president in decades on issues like health care, the economy, and government’s allocations of resources.”

There are legitimate questions about whether our democratic system is fundamentally broken. Our elections are getting less free and fair, Congress and the courts are increasingly partisan, foreign nations are flooding society with misinformation, a deluge of money flows through our politics. And the economic mobility that made the American dream possible is vanishing.

That’s why we’re endorsing the most effective advocates for each approach. They are Elizabeth Warren and Amy Klobuchar.

The Times joined the rest of the media in trying to put an end to Democratic presidential candidate Bernie Sanders’ campaign, highlighting problems with his age, health, and style of politics. The Times wrote:

Mr. Sanders would be 79 when he assumed office, and after an October heart attack, his health is a serious concern. Then, there’s how Mr. Sanders approaches politics. He boasts that compromise is anathema to him. Only his prescriptions can be the right ones, even though most are overly rigid, untested and divisive. He promises that once in office, a groundswell of support will emerge to push through his agenda. Three years into the Trump administration, we see little advantage to exchanging one over-promising, divisive figure in Washington for another.

Good news, then, that Elizabeth Warren has emerged as a standard-bearer for the Democratic left.

Senator Warren is a gifted storyteller. …

The reaction to The Times endorsements appeared to be most negative, including from those on the political Left.