Says ‘weaker’ Republicans “don’t deserve to be in office” 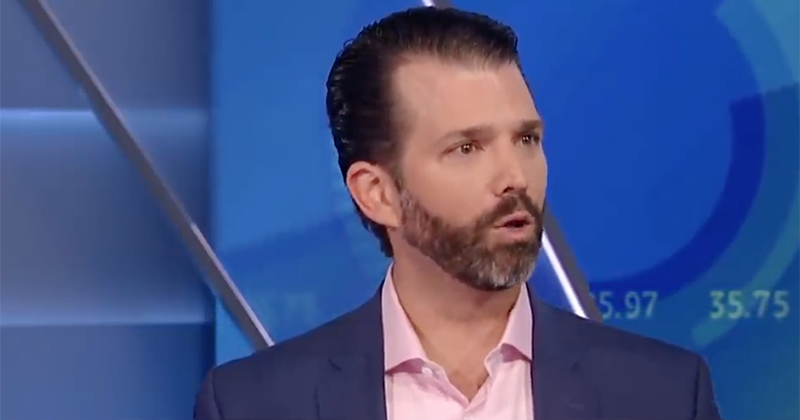 During an interview with Fox News Sunday, Donald Trump Jr. slammed Democrats and the media when discussing the ongoing impeachment saga, declaring that they “hate Trump more than they love America”.

President Trump’s son told Sunday Morning Futures “They will double down. Any opportunity to hurt Trump, and that is the reality.”

He further charged that Democrats do not want to play fair when it comes to witnesses during the impeachment show trial.