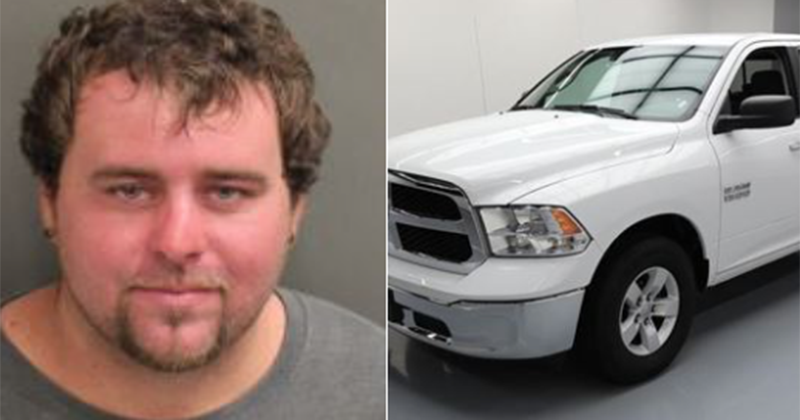 A Florida man faces murder charges after he allegedly stabbed his Trump-supporting boss with a trowel after an “argument about politics” Monday morning.

UPDATE: Mason Toney has been captured by OCSO and taken into custody without incident. https://t.co/OHuT7gTvUl

Orange County Sheriff’s deputies responded to a construction site at Exit 254 on the Florida Turnpike around 10:45 a.m. after workers reported the murder of 28-year-old William Knight, described as the boss and a “proud and outspoken American and pro-Donald Trump,” WKMGreports.

Workers told responding officers Knight got into an argument with Mason Toney, 28, during a drive between work sites, and shortly after heard Knight screaming for help. When the witnesses responded, they told police they found Toney standing over Knight repeatedly stabbing him with a trowel.
According to WOGX:

Investigators said that they found a brand new American flag next to Knight’s body, noting it did not belong to Knight or anyone at the job site.

Toney’s arrest affidavit also said that he had brought a red and white backpack to work on Monday, which co-workers told investigators was unusual because Toney never brings anything with him to work.

The workers told investigators that he should not have needed to bring any tools to work with him because all those tools needed for work are provided on the job site.

Witnesses told police they threw things at Toney in an attempt to stop the attack, and he responded by calling them “terrorists” before fleeing the scene in a white pick-up. Co-workers told investigators Toney and Knight were friends and Knight had picked his alleged killer up for work Monday morning.