What feeling do you have when you hear IRS? Is there a sick feeling in the pit of your stomach or do you just roll your eyes knowing that April 15th will be here all too quickly? Throw in the word audit and emotions and blood pressure can reach levels you never dreamed of. 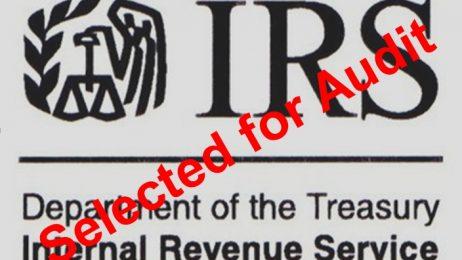 CPA Jim Buttonow has 30 years of experience in tax technology and representing people before the IRS. He’s written this article outlining 10 major trends he sees in IRS audits.

Most taxpayers envision Internal Revenue Service audits as intrusive investigations resulting in criminal sentences. Today, nothing could be farther than the truth: The IRS’s auditing power has been greatly diminished in the past decade. IRS audit resources have been reduced by 28 percent in the last decade and the audit rate has dropped from 0.9 percent in 2010 to 0.5 percent in 2018. In fact, the number of IRS audits in 2018 (991,168) dropped by almost half compared to 2010 (1.735 million).

Since 2010, the IRS has been tasked with doing more with less resources, but the reality is that the IRS cannot do more audits with less resources. The IRS audit data reveals 10 trends from the past decade that have become the new realities for current state of IRS audits.

1. Most audits are done by mail

This trend started with IRS reforms in the late 1990s. In 1998, just before IRS reforms, the service audited 47 percent of taxpayers by mail. In the past decade, IRS data shows that the service prefers the less-intrusive mail audit. Today, three out of four audits of individual taxpayers are done by mail — a ratio that has held since 2010. These audits usually challenge small amounts of credits or deductions on a return, and require only a mail response, with documentation, to an IRS central campus location. 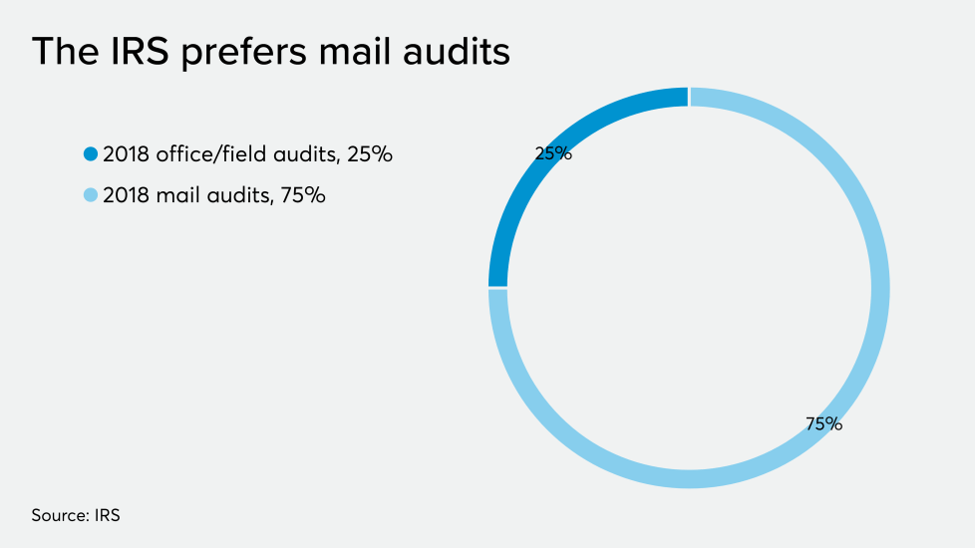 2. The main issue in audits: The EITC

Fifty percent of all individual audits involve a taxpayer who is claiming the Earned Income Tax Credit. IRS efforts to curb EITC errors largely rely on audits to hold a questionable EITC claim on a return. Politicians have criticized the IRS in the past for picking on low-income taxpayers, and the EITC audit rate is their main evidence. Compared to other taxpayer profiles, the IRS clearly has the propensity to address the EITC taxpayer more than other issues, even the small-business individual taxpayers. (See below for the trend on high wealth audits.) 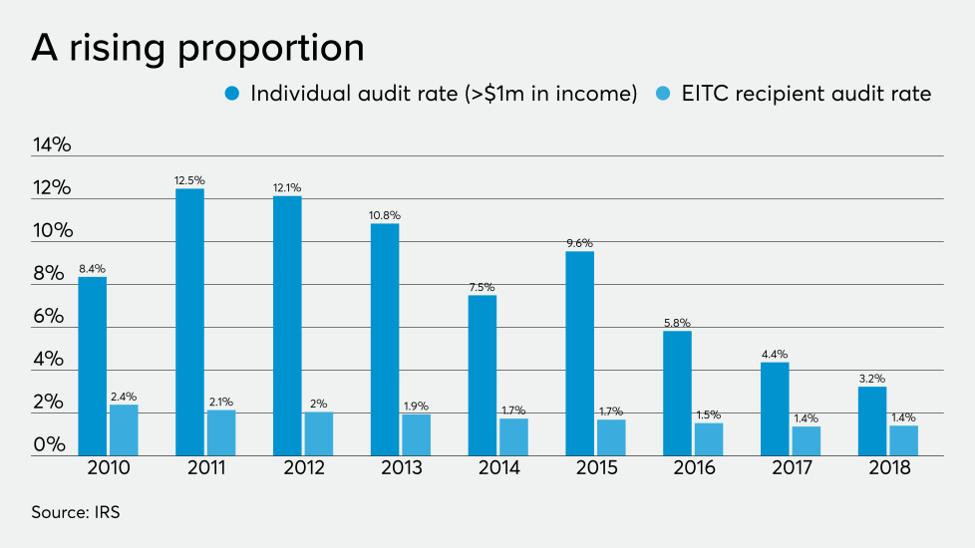 3. An alarming amount of people do not respond to an audit

There is linkage here to the EITC mail audit. The Taxpayer Advocate reports that almost two-thirds of all mail audits go without response or are assessed by taxpayer default. That is, the IRS just assesses the additional tax without the taxpayer contesting the service’s determination. Only one in five taxpayers agree to their mail audit adjustment — and likely, from the data, they don’t understand how to appeal. This mess leads to many audit reconsiderations (i.e., an audit “re-do” request). Again, more question marks here for the targets of mail audits — the low-income population.

4. The most common IRS challenge to a return is not an audit

The dreaded CP2000 Automated Underreporter notice is current three times more prevalent than an IRS audit. The CP2000 program utilizes IRS information returns (W-2s and 1099s) to match them against the filed return to discover discrepancies. A discrepancy may result in a CP2000 notice proposing additional tax (and possibly penalties) to the return. Most taxpayers do not realize (or care, for that matter) that a CP2000 is not an audit. The CP2000 is less intrusive than an audit because the IRS is not allowed to examine the taxpayer’s books and records. For most taxpayers, however, the difference does not matter: The average amount owed for a CP2000 notice in 2018 was $1,773.

However, there is good news for taxpayers: Even the mostly automated underreporter process has been cut back due to lack of IRS resources.

5. The IRS knows who to audit

6. Field audits are rare, but expensive

In 2018, the IRS hit an all-time low for the number of field audits conducted. Field audits are the most comprehensive, and are saved for complex taxpayers and situations — like businesses and tax avoidance schemes. The IRS has said that their audits have a great return on investment and reduction of audit results in large amounts lost to the U.S. Treasury. The numbers support the IRS. In 2018, the average amount owed in a field audit was $85,400. Luckily for taxpayers, the IRS only conducted just under a quarter of a million field audits in 2018.

7. Want your business to escape audit? Be an S corp or partnership

The IRS continues to struggle to audit S corp and partnership returns. This situation is likely to get worse as the more experienced IRS business auditors continue to retire. Audit rates for S corps and partnerships are both 0.22 percent — or, put another way, one in every 455 passthrough entities were examined in 2018. It is no wonder that the number of S corporations have increased by 38 percent from 2005 to 2018 (3.5 million in 2005 versus 4.85 million in 2018).