Democrats’ impeachment proceedings were completely overshadowed this week by the panic over the Wuhan coronavirus. Still, Secretary of State Mike Pompeo is clearly tired of having his character repeatedly impugned by the Dems and the press claiming he hung one of his ambassadors out to dry after she purportedly resisted the administration’s attempts to pressure Ukraine.

That frustration came to a head this week when, during a moment of pique, Secretary Pompeo launched into a rant and swore at NPR reporter Mary Louise Kelly after she wheedled him about whether he had taken concrete steps to protect former Ambassador to Ukraine Marie Yovanovitch.

House Democrats last week released a trove of messages between Giuliani associate Lev Parnas and Connecticut Republican Congressional candidate Robert Hyde. The messages suggested that Yovanovitch might have been under surveillance before President Trump recalled her to Washington. One of the messages seems to reference a shadowy character able to “help” with Yovanovitch for “a price.” 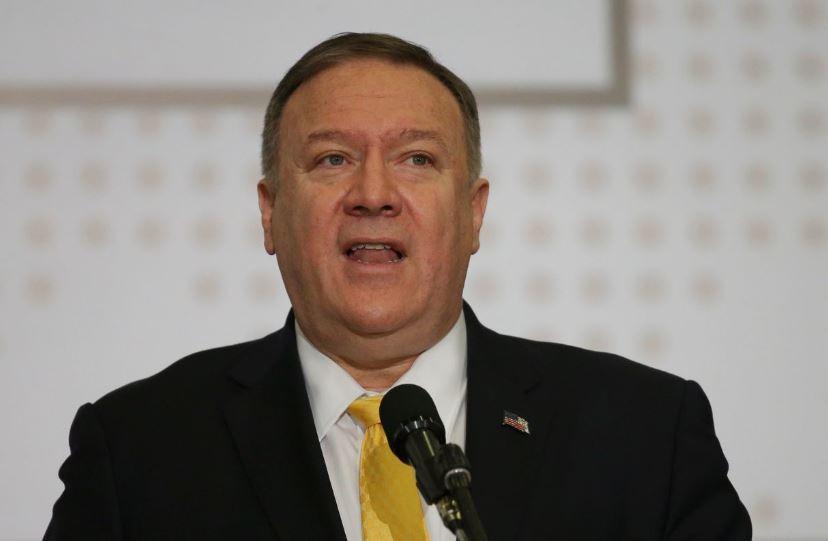 After Kelly asked Pompeo to specify exactly what he had done or said to defend Yovanovitch, whom Pompeo’s boss President Trump fired last year, Pompeo simply insisted that he had “done what’s right” with regard to Yovanovitch, while becoming visibly annoyed.

Once the interview was over, Pompeo glared at Kelly for a minute, then left the room, telling an aide to bring Kelly into another room at the State Department without her recorder, so they could have more privacy.

Once inside, Pompeo launched into what Kelly described as an “expletive-laden rant”, repeatedly using the “f-word.” Pompeo complained about the questions about Ukraine, arguing that the interview was supposed to be about Iran.

“Do you think Americans give a f–k about Ukraine?” Pompeo allegedly said.

The outburst was followed by a ridiculous stunt: one of Pompeo’s staffers pulled out a blank map and asked the reporter to identify Ukraine, which she did.

“People will hear about this,” Pompeo vaguely warned.

Ironically, Pompeo is planning to travel to Kiev this week.

The questions came after Michael McKinley, a former senior adviser to Pompeo, told Congress that he resigned after the secretary apparently ignored his pleas for the department to show some support for Yovanovitch.

Listen to the interview here. A transcript can be found here.

NPR's Mary Louise Kelly says the following happened after the interview in which she asked some tough questions to Secretary of State Mike Pompeo. pic.twitter.com/cRTb71fZvX