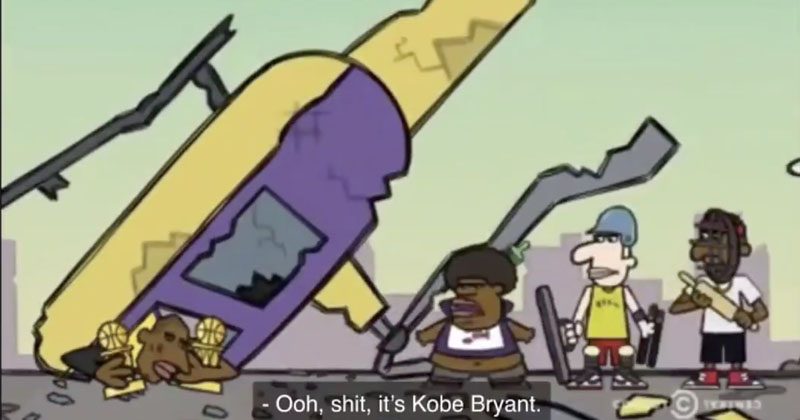 The show, called “Legends of Chamberlain Heights,” shows a helicopter crash in front of the main characters, where a dinged up Bryant emerges from the wreckage begging for help while clutching his NBA Championship trophies.

The clip is notable given Bryant passed away in a tragic helicopter crash alongside his 13-year-old daughter and 7 others on Sunday in Calabasas, California.