With roughly a dozen cases confirmed in the US, all of which are reportedly expected to pull through, news of the first American death from the coronavirus outbreak initially sounded like a mistake. But it’s now been confirmed by both the New York Times and WSJ: One of the Americans who decided to stay behind in Wuhan has died. 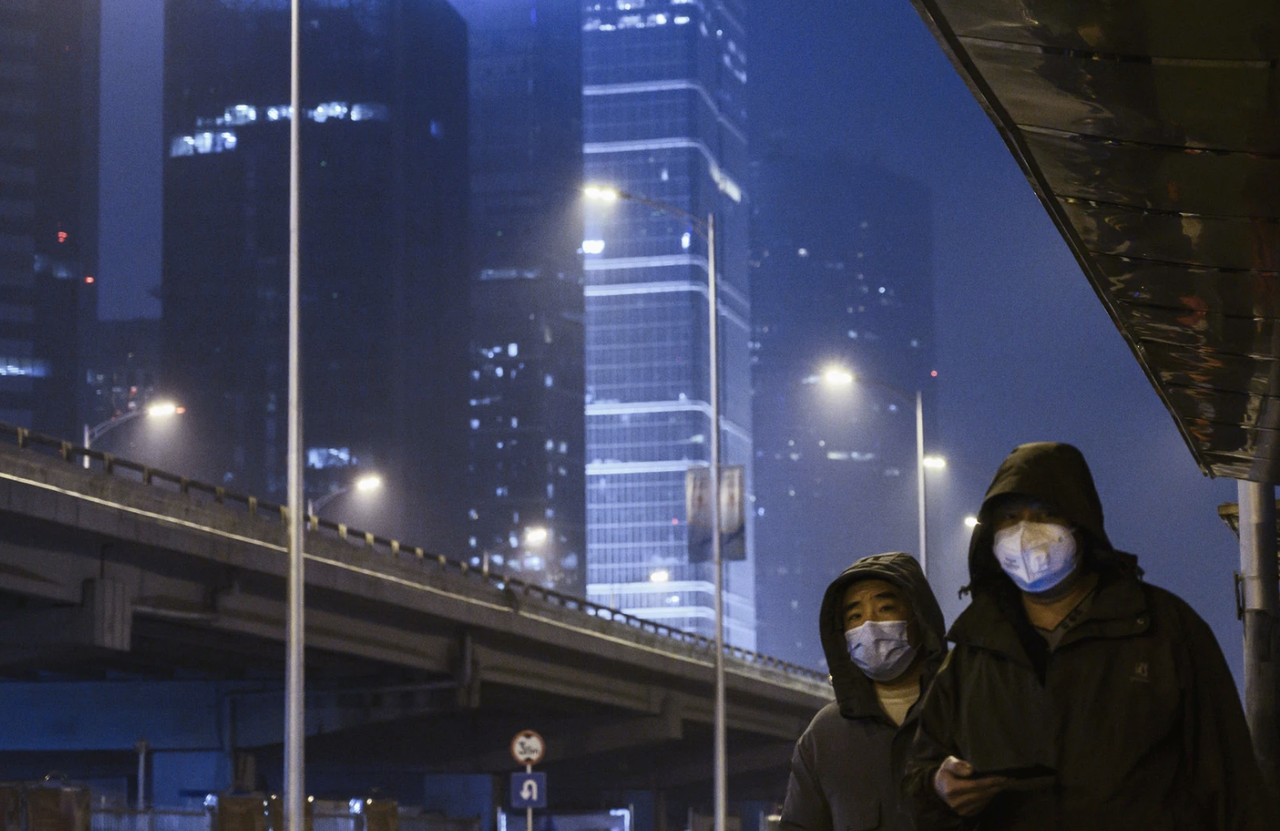 Few details about the woman were immediately available, other than her age – 60 – and the location where she died. Though the NYT reported, citing two sources, that she had underlying health issues.

Few details about the American, who died on Thursday, were immediately available. According to the United States Embassy in Beijing, the person was 60 years old and died at Jinyintan Hospital in Wuhan, the inland metropolis at the center of the epidemic. Two people familiar with the matter said the person was a woman and had underlying health conditions.

It’s unclear whether the woman who died made any attempt to leave the city on one of the evacuation flights that has ferried Americans to safety. 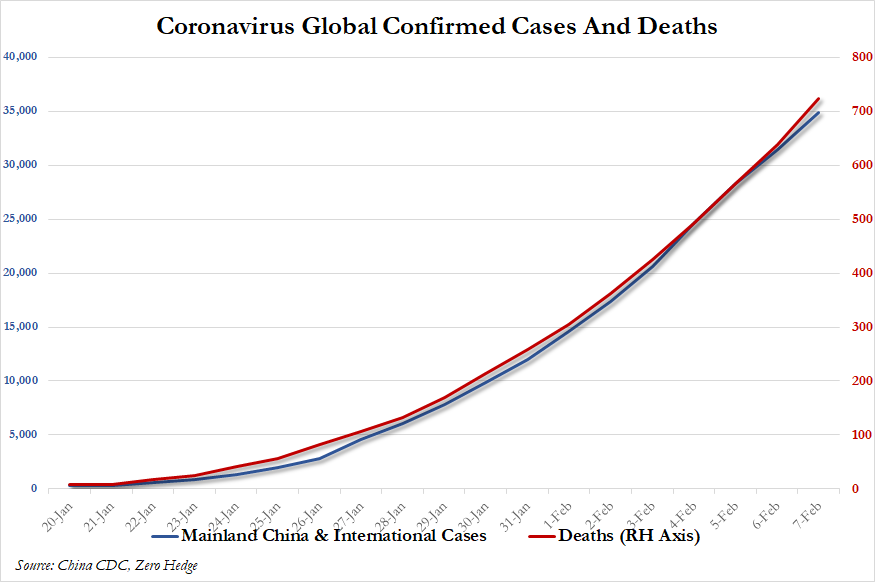 We also noted that the number of confirmed deaths (all except for 3 have been recorded inside China) has topped 700 (the most recent total is 724), and is now closing in on the 800 number – aka the total number of cases from the SARS outbreak. 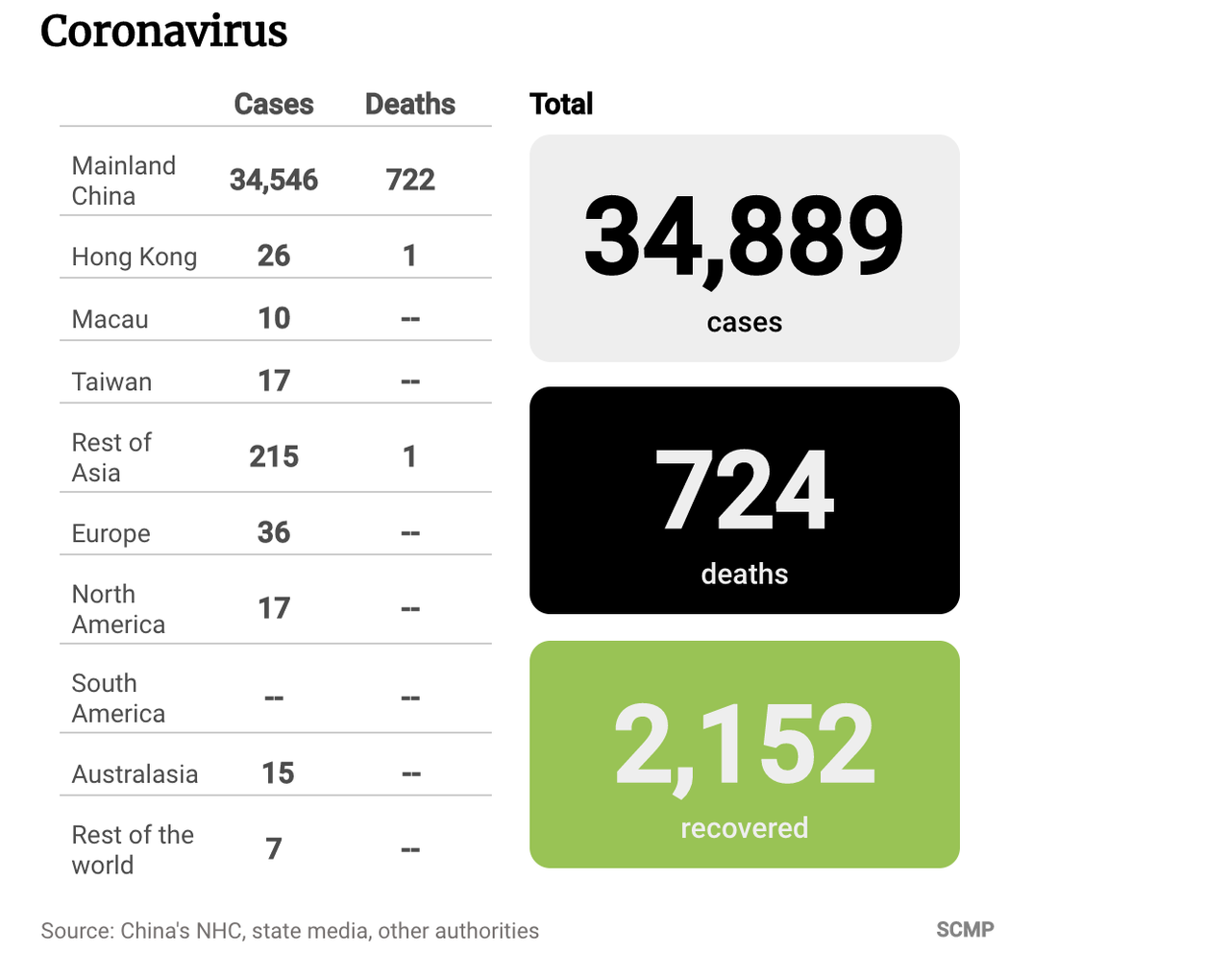 Washington is especially frustrated with Beijing right now because, for the last month, the CDC has been offering to send a team of experts to help China combat the outbreak (remember when President Trump promised whatever help would be necessary?). But the Chinese have refused to accept them (though they have accepted shipments of facemasks and other supplies). A similar offer from the WHO has also been refused (though its top officials – who know the deal with Beijing – have met with the Chinese leadership).

Alex Azar, the United States secretary of health and human services, said at a news briefing on Friday that he had recently reiterated the C.D.C. offer to his Chinese counterpart, Dr. Ma Xiaowei.

Asked about the holdup, Mr. Azar said: “It’s up to the Chinese. We continue to expect fully that President Xi will accept our offer. We’re ready and willing and able to go.”

Interestingly, Japan also claimed that one of its citizens may have succumbed to the virus in Wuhan, though they can’t be sure because Chinese officials never confirmed whether the patient had contracted nCoV.

Japan also said on Saturday that one of its citizens had died in a Wuhan hospital from a suspected case of the coronavirus. But the Japanese Foreign Ministry said that based on information it received from the Chinese authorities, it could not confirm whether the man, who was in his 60s, had been infected with the new virus. The ministry called the cause of death viral pneumonia.