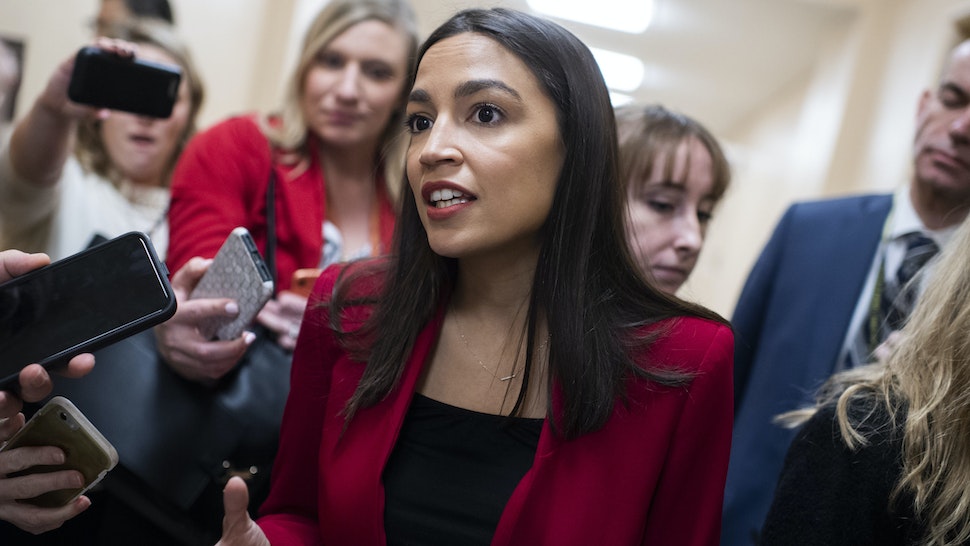 “Twice in 12 hours, a single gunman terrorized the New York Police Department, firing upon and wounding uniformed officers stationed in the Bronx in separate attacks that officials have condemned as assassination attempts,” The Washington Post reported. “One officer was shot in the neck and chin Saturday night when the suspected gunman fired several rounds into a marked police van and then fled, authorities said. At 7 a.m. Sunday morning, police say, the same man walked into the Bronx precinct headquarters and opened fire again, striking a lieutenant in the arm and surrendering after his 9mm handgun ran out of bullets.”

Columnist David Webb called out Ocasio-Cortez for not responding to the attacks, writing, “I checked both @AOC and ⁦ @RepAOC and so far no comment about the #NYPD officers shot in her district.”

Ocasio-Cortez responded by writing, “This is not my district, but our thoughts are with all officers & people impacted by this shooting & the epidemic of gun violence in this country. Perhaps you would get less mixed up if McConnell stood up to the NRA & passed common-sense gun safety measures to reduce shootings.”

Ocasio-Cortez’s suggestion that the alleged attempted targeted assassinations could have been stopped by restricting Americans’ Second Amendment rights with legislation is laughably false because the alleged attacker had a history of violent crime and thus would have been banned from owning or possessing a firearm, meaning no law would have stopped him.

Police Commissioner Dermot Shea said on Sunday at a news conference that the man had a “lengthy violent criminal history,” including serving over a decade in prison for attempted murder.

Former NFL player and current Republican congressional candidate Burgess Owens slammed Ocasio-Cortez’s response, writing, “Maybe this isn’t the perfect timing to remind us how clueless you are when it comes to gun laws. Maybe you’re not aware of how strict NY gun laws are, or maybe you’re just trying your best to capitalize on a tragedy and use it for talking points. Disgusting.”