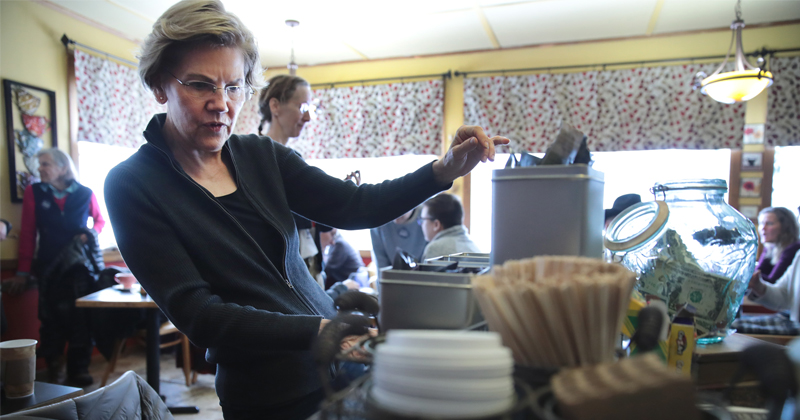 Presidential hopeful Elizabeth Warren (D-Mass.) tried to generate excitement among diners who were brushing her off while trying to finish their breakfast.

“I just want to say hello,” said Warren, before stepping aside for the wait staff trying to reach other tables. “It’s nice to see you.”

How embarrassing. Sen. Elizabeth Warren stops by a local diner in Manchester, NH and by the looks of it, no one wants to talk to her.

Warren was heard talking over her loud photography crew about her grandkids and how pretty the patrons’ babies were.

The PR stunt, intended to hype her base for Tuesday’s New Hampshire primary, didn’t last long as Warren ran out of tables to bother with small talk.

One thought on “VIDEO: DINERS BRUSH OFF ELIZABETH WARREN DURING CAMPAIGN STOP”