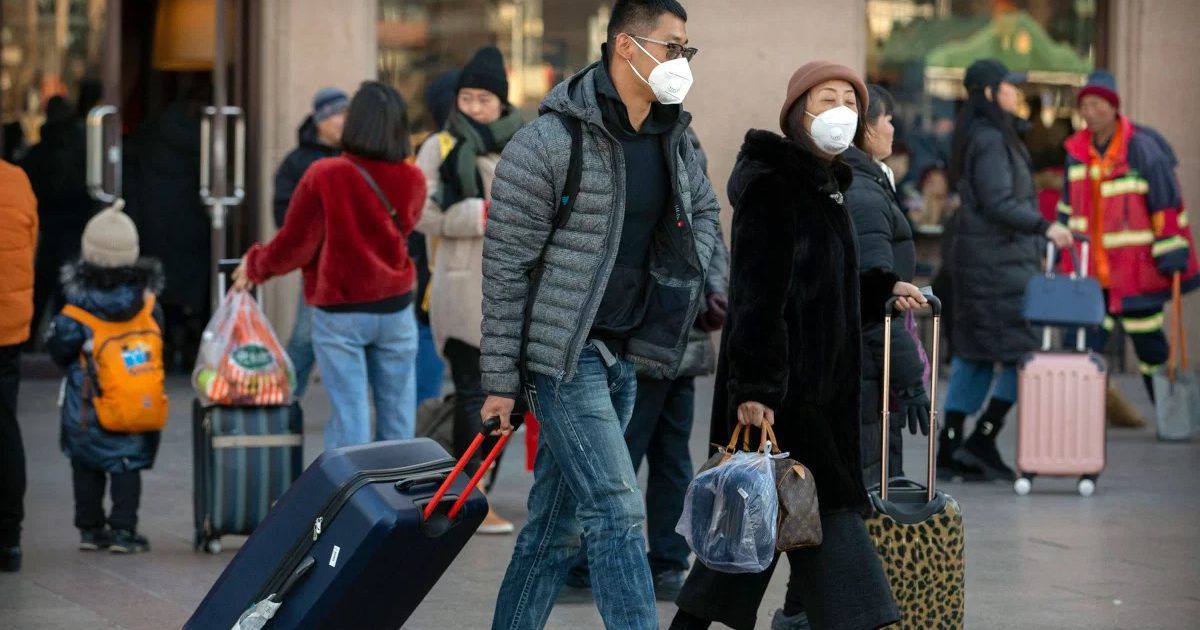 The discovery is made more disturbing by the fact the suitcase was sent from China, which is currently dealing the coronavirus epidemic and has also reported an outbreak of “highly pathogenic” bird flu in two provinces near Hubei.

“According to officials, the traveler arrived on a flight from Beijing, China on Jan. 27, 2020 where the traveler’s final destination was to a residence in Prince George’s County, Maryland,” the outlet reported.

“During a baggage examination, CBP specialists discovered a package with pictures of a cat and dog that the passenger said was ‘cat food.’ The package, according to officials, contained a bunch of unknown small birds, about 2.5 to 3.5 inches in length.”

CBP provided disturbing images of the packaging that does, in fact, contain dead birds.

.@CBP agriculture specialists at Dulles airport continue to protect our nation's vital agricultural resources and our economy by intercepting potential animal threats, like those posed by these tiny dead birds from China packaged as "pet food." Read https://t.co/uJj5o5xfmN pic.twitter.com/xTldZ6G6jM

Per DailyWire: As one can imagine, importing dead animals such as birds from China isn’t a good idea.

“These dead birds are prohibited from importation to the United States as unprocessed birds pose a potentially significant disease threat to our nation’s poultry industries and more alarmingly to our citizens as potential vectors of avian influenza,” said Casey Durst, director of field operations for CBP’s Baltimore Field Office. “Customs and Border Protection agriculture specialists continue to exercise extraordinary vigilance every day in their fight to protect our nation’s agricultural and economic prosperity from invasive pests and animal diseases.”

CBP published a press release about the find that included an additional quote from Durst.

The press release also said the U.S. Fish and Wildlife Service, USDA’s Animal and Plant Health Inspection Service, and the Centers for Disease Control and Prevention (CDC) “regulate the importation of animals and animal products into the United States.”

On any given day in 2019, CBP agriculture officials across the country likely “seized 4,695 prohibited plant, meat, animal byproduct, and soil, and intercepted 314 insect pests at U.S. ports of entry.”

As of January 2020, the World Health Organization (WHO) reported that between 2003 and 2020, there were 861 cases of avian influenza reported around the world. An estimated 455 people died due to the virus.

China is currently dealing with an epidemic of the coronavirus, which has killed hundreds, possibly thousands, of people in the communist nation already. The WHO suggested on Monday that the deaths so far “may be the tip of the iceberg.” It is so far estimated that more than 1,000 people have died from the virus while more than 40,000 were infected.