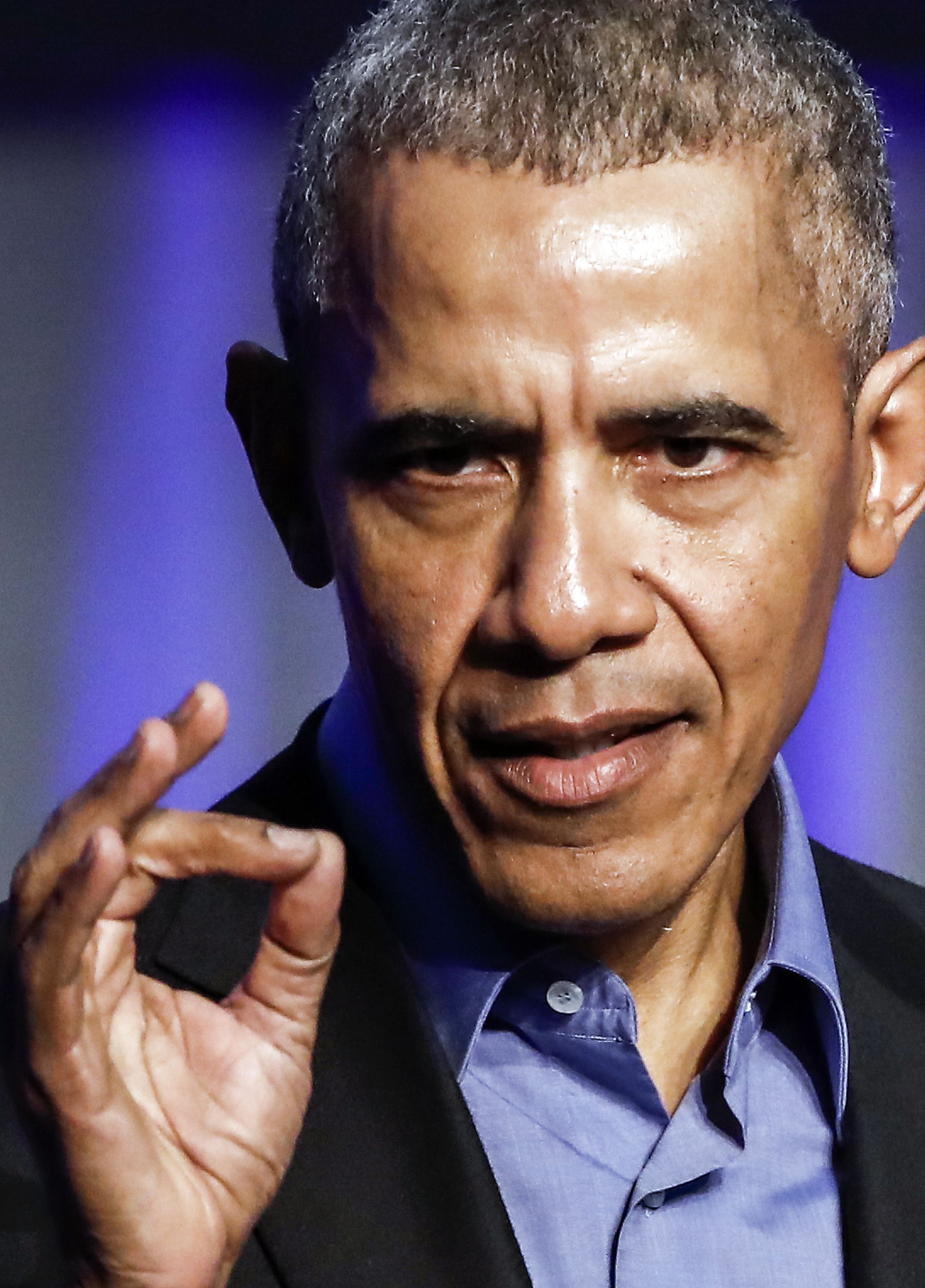 If you listen to Hillary Clinton and the Democrat aligned mainstream media, you will believe that “the rule of law and our democracy are in crisis” because the Justice Department retracted and rewrote Roger Stone’s excessive sentencing recommendation memo.

Once again, I find myself astonished by the short memories and sheer hypocrisy of Democrats.

Under Obama and his two radical attorneys general, Eric Holder and Loretta Lynch, Obama’s allies were protected from justice in various ways by his administration and Democrats and the media simply didn’t care.

But before we get into that, it’s worth mentioning that the prosecution of Stone and, quite frankly, the sentencing, was excessive.

Per PJ Media: The prosecutors, many of whom were part of the Russian collusion hoax investigation team of Mueller, literally ordered a pre-dawn raid on Stone’s home in Florida, complete with a CNN detail ready to cover the event for the country to watch as it unfolded.

The recommendations for sentencing were completely absurd. Violent criminals, including rapists, get less time than what they were recommending for Stone.

In due time, I am sure that will become clear, but, once again, I feel compelled to bring to light that the Democrats’ outrage over this is just the latest example of their hypocrisy because for eight years under Barack Obama we saw actual corrupt manipulation of the justice system in favor of Barack Obama’s allies.

Under Obama and his radical attorneys general, Eric Holder and Loretta Lynch, the Justice Department became a hotbed of political favoritism, pretty much from day one.

I have picked five examples of Obama’s allies being protected from justice in various ways by his administration that Democrats didn’t give a hoot about… and when you read them, you’ll understand why.

You may remember images and video from Election Day 2008, with members of the New Black Panther Party standing outside a Philadelphia polling place wearing military garb making racial remarks and discouraging people from voting. A voter intimidation case against the New Black Panthers began weeks before Obama took office. It was an open-and-shut case, and the New Black Panthers didn’t even show up in court to defend themselves, assuring the government’s victory in the case. Then in May 2009, the case was inexplicably dropped by Attorney General Eric Holder.

By the summer of 2010, the U.S. Commission on Civil Rights declared there was evidence of “possible unequal administration of justice” by the Justice Department in the New Black Panther Party case. It was quite clear that under Obama and Holder, civil rights cases against minorities discriminating against whites were being systematically ignored. Holder still denied there was a racial motivation during a House Appropriations Subcommittee hearing in March 2011, justifying the decision not to prosecute the NBPP by bizarrely citing the roadblocks African Americans endured when trying to vote in the South during the era of Jim Crow laws.

Attorney General Eric Holder took part in a scandalous, incompetent gun-running project known as “Fast and Furious” from 2009 to 2011, and did everything in his power to protect his boss, Barack Obama, during that investigation. In return for his steadfast loyalty, Obama protected Holder, who was aggressively stonewalling the House Oversight and Government Affairs Committee investigation into Fast and Furious. Obama’s asserting of executive privilege was not only to protect himself but also to protect Holder ahead of the Oversight Committee’s vote to declare Holder in contempt of Congress for withholding documents from the committee. Ultimately it didn’t save Holder from being held in contempt of Congress by a bipartisan vote.

In 2012, just days before the November election, ICE agents were ready to arrest an illegal immigrant and registered sex offender, but were ordered by the Department of Homeland Security to wait until after the election. Why? The suspect was a volunteer intern for Senator Robert Menendez (D-N.J.) and there would be “significant interest” from Congress and news organizations about the arrest. Menendez was seen as vulnerable in the 2012 election, and the delay of the arrest saved him from a potentially politically damaging scandal on the eve of voting. All the while letting a sexual offender avoid justice for six weeks.

In 2009, Barack Obama illegally fired Gerald Walpin, the inspector general for the Corporation for National and Community Service. Walpin’s only crime was that he was investigating Obama’s friend and donor, Kevin Johnson. Johnson had misused federal grant money for AmeriCorps by funneling it to his personal nonprofit group, paying for political activity, and using it to pay hush money to underage girls he’d sexually abused. When Walpin recommended charges against Johnson, Obama, in violation of federal law, fired him.

It’s hard to think of anyone who has managed to avoid accountability more than Hillary Clinton, and her response to the Stone sentencing story was her latest example of a lack of self-awareness.

On the same day:

The rule of law & our democracy are in crisis.

It was not all that long ago that Hillary Clinton was the heir-apparent to Barack Obama, and Obama wasn’t going to let her criminal behavior get in the way of her winning the election and keeping his legacy intact. Thanks to Attorney General Loretta Lynch and FBI Director James Comey, Hillary was never going to be punished for her illegal private server and mishandling of classified and top-secret information that would have seen anyone else indicted. In fact, FBI Director James Comey had drafted her exoneration letter before Hillary had even been interviewed by the FBI. And through the entire process, Barack Obama wanted to be kept in the loop, according to text messages between Lisa Page and Peter Strzok.

Hillary Clinton benefited from Barack Obama and his Justice Department doing everything they could to protect her, and she has the nerve to criticize the Trump administration for reducing the excessive sentencing of Roger Stone? Seriously?