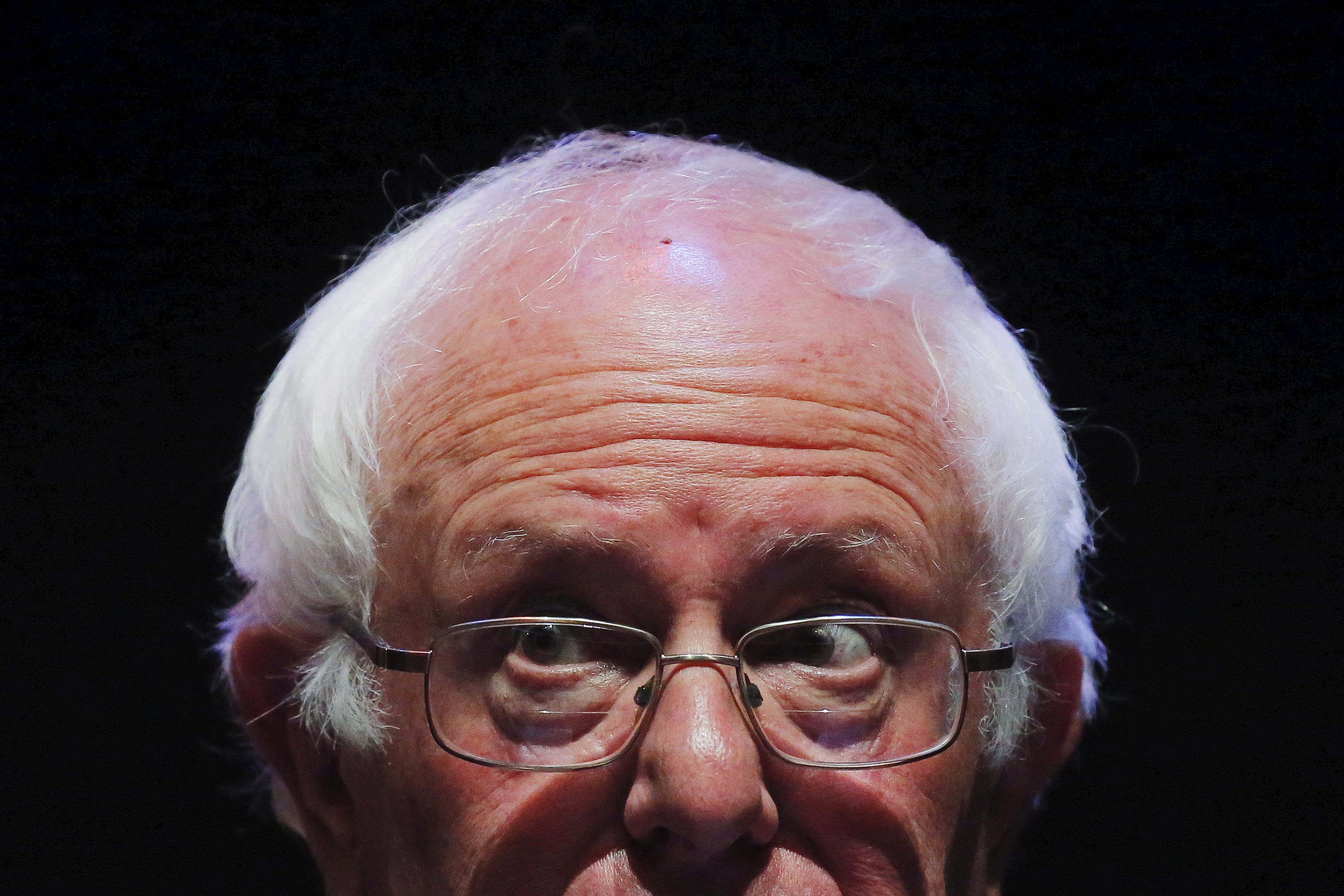 Even before most people were paying attention to the Democratic debates and primaries, I predicted on my Ayn Rand: Taking Liberty podcast with Scott Schiff that Bernie Sanders would win the Democratic nomination for president in 2020.  The basis for my prediction was that in a flawed field, the Democrats would “test drive” each of their candidates as the frontrunner, disqualify each candidate for his obvious flaws, and settle on Bernie for several reasons.  That is what is happening.  Bernie has rocketed to the top of the Democratic field and seems poised to claim the Democratic nomination.

Bernie is the guy with whom Democratic voters are most comfortable deep in their hearts.  He says all the things the others believe and that Democratic voters feel, but he says it all without dilution and without intellectual compromise.  His intellectual consistency makes him the most comfortable candidate to the Democratic base — they know that when it comes to policy, Bernie will not embarrass and will not disappoint.  When he speaks, Democrats nod their heads in agreement — even the ones who oppose him.  That is a huge asset when running in a hotly contested primary.

Bernie is also the candidate with the most committed followers.  His organization is second to none in the Democratic field.  But while organization and intellectual consistency are important, they are not enough to win the nomination alone, as Ron Paul found out during his runs for the Republican nomination.  The base of the electorate needs to be comfortable with the candidate in order for him to win the nomination.  Republicans were never really comfortable with Ron Paul’s foreign policy plans — but Democrats are deeply comfortable with every one of Bernie’s policy positions.

The DNC seems horrified at the prospect of a Bernie nomination.  In 2016, the DNC rigged the primary against Bernie with so-called “superdelegates” so the party elites could ensure Hillary Clinton’s nomination even if the Democratic electorate preferred Bernie.  The Bernie people have not forgotten that in 2020, and that is one of the reasons for their fervent commitment to their candidate.  They do not intend to be denied this time.

It does not appear that Bernie will be denied the nomination in 2020.

While it appears that the DNC has continued to be horrified by the prospect of a Bernie nomination — witness the fiasco in Iowa, when it appeared that Bernie was about to win that caucus and the New Hampshire primary handily and soar to the nomination — I believe that that situation is about to change.  I expect that Bernie is going to cruise to several early primary and caucus victories and make himself the presumptive Democratic nominee.  And I believe that the DNC is about to cave on its opposition to Bernie, although not for honorable reasons.

The DNC hates Bernie because he does not derive his power or money from that organization.  His independence from the DNC — not his political positions — is what makes Bernie unacceptable to the DNC.  They cannot control him — in much the same way that the RNC cannot control Trump and could not control Reagan 40 years ago.

I have seen some on the Right compare the upcoming 2020 election to a replay of Nixon-McGovern in 1972.  But I think there is a better historical analogue for the upcoming election: the 1964 election between Goldwater and LBJ, where the RNC tried to use LBJ to destroy the conservative movement.  I expect the DNC to try to similarly use Trump to try to destroy the Bernie movement.

The Trump similarity to LBJ is striking as well, and not just because both have lived their lives in the swamp.  LBJ was running for re-election with a strong economy and in the aftermath of the JFK assassination.  Absent a colossal mistake, there was no Republican who could have beaten LBJ in 1964.  The RNC knew that — which is why it ultimately accepted the Goldwater candidacy.  Goldwater was to be served up to LBJ for the purpose of destroying him (and, in the hopes of the RNC, the conservative movement generally).  The RNC got its wish for the destruction of Goldwater — but it underestimated the resiliency of the conservative movement to come back from that humiliation.

I believe that the same is about to happen to Bernie.  Watching the State of the Union address given by President Trump on February 3, 2020, it is obvious that Trump will be a formidable incumbent.  The economy is strong, and particularly strong for many of the grievance group constituencies that make up the Democratic electorate.  Trump has kept many of his promises and has an impressive array of accomplishments.

In the short term, I expect that Bernie will lose in a landslide to Trump, probably on par with the Goldwater landslide.  The DNC will then point to that debacle the same way that the RNC pointed to the Goldwater debacle and said “never again” to the conservatives.  How the Bernie movement responds over the coming decade will be among the more interesting political stories waiting to be written.

One of my favorite political aphorisms is that “no political battle is ever permanently won or lost.”  A victory today can easily become a defeat tomorrow — and vice versa.  The Founders understood this, and Thomas Jefferson even wrote that it would be a travesty if we should go 20 years without a rebellion.  This was not a call for perpetual warfare, but a reminder that political battles are always ongoing and that the defeated always come back.  In order to maintain a victory, you must be prepared to continue fighting for it even after you have secured it.

That is a lesson that the conservative movement understood in 1965 in the aftermath of Goldwater’s defeat.  It remains to be seen how the Bernie movement will respond to its likely thrashing this coming November.  What may be even more telling will be the Right’s reaction to that victory.

Beneath the surface and surfeit of good news that Trump will ride to victory in November, there are some ominous signs — just as there were in 1965.  LBJ did not anticipate the explosion of opposition to the Vietnam War, or the beginning of the collapse of the Bretton Woods economic system, or the Arab embargoes of oil beginning in the 1970s, all of which were less than a decade away.  Today, we have out-of-control federal spending and debt, we have interest rates that are so artificially low that they are destroying savings and capital, we have the continued importation of cultural aliens from the Third World who have no knowledge of our system of individual rights or the inclination to learn it, we have military threats from China — and almost certainly other threats that we will not notice before they hit us.  The calm we are experiencing now is likely the calm before the storm.  Are we getting ourselves ready for that storm, or will we rest on our laurels in the mistaken belief that Trump’s coming landslide will be the end of the battle?

If the Right’s response to the coming landslide victory is to treat it as a permanent victory, it is likely that reality will have the final say — perhaps with a little help from the defeated but ever resilient Bernie generation that many will think has been annihilated in November.  The Left’s history of coming back over the course of the past century should be the only reminder needed by the Right that no victory is ever permanent, no matter how large its margin.