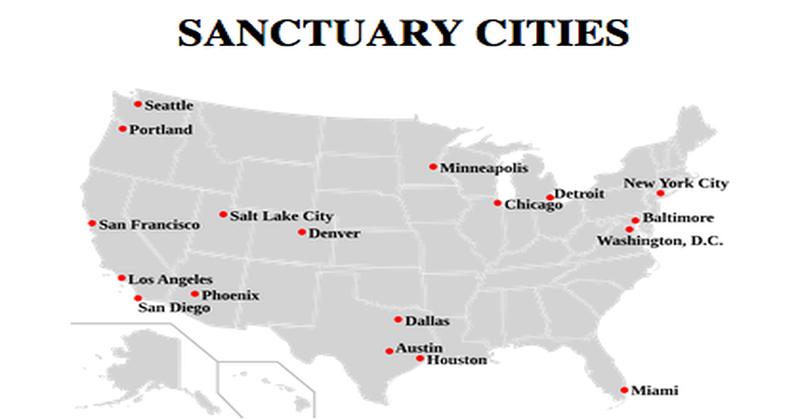 The Trump administration has announced a plan to deploy tactical law enforcement units to help ICE officers capture illegal immigrants in “sanctuary cities” across the country.

The move is an attempt to crackdown on illegal aliens taking refuge in Democrat-run safe havens like Chicago and New York.

Some of the agents are members of an elite tactical unit called BORTAC, which is essentially Border Patrol’s SWAT team.

High-risk operations targeting violent or armed individuals will be carried out by the elite squads, equipped with gear such as stun grenades and trained in sniping.

“As we have noted for years, in jurisdictions where we are not allowed to assume custody of aliens from jails, our officers are forced to make at-large arrests of criminal aliens who have been released into communities,” he said. “When sanctuary cities release these criminals back to the street, it increases the occurrence of preventable crimes, and more importantly, preventable victims.”

The decision comes after Monday’s announcement by Attorney General William Barr that the Justice Department would begin a “significant escalation” against sanctuary cities.

Barr said the DOJ will be filing lawsuits against “sanctuary cities” and that actively work against federal immigration enforcement.