In a surprising move, President Trump said on Tuesday that he had granted clemency to the disgraced former Illinois governor, democrat Rod Blagojevich, who had served roughly half of a 14-year sentence on federal corruption charges. The commutation concludes more than a year’s worth of vacillation within the White House over whether to intervene in the Blagojevich case. 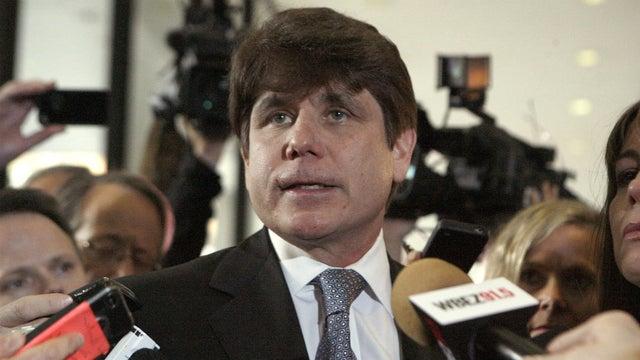 The disgraced Blagojevich was removed from office in 2009 and was later convicted of a wide array of corruption charges, including attempted extortion of a children’s hospital for campaign contributions and trying to sell former President Obama’s Senate seat after he was elected to the White House in 2008. The former governor began serving a 14-year prison sentence in 2012.

Blagojevich was infamously caught on tape speaking about the pay-for-play scheme involving Obama’s seat. “I’ve got this thing, and it’s fucking golden. I’m just not giving it up for fucking nothing,” Blagojevich said in a recorded phone call.

According to the Hill, Trump first floated a commutation for Blagojevich in 2018. The two men knew each other previously from when the former governor appeared as a contestant on “Celebrity Apprentice.” Trump then broached the topic again last August, telling reporters aboard Air Force One that he was inclined to commute Blagojevich’s sentence.

“You have drug dealers that get not even 30 days, and they’ve killed 25 people,” Trump said.

“They put him in jail for 18 years, and he has many years left. And I think it’s very unfair.”

The former governor has advocated for a pardon or a reduced sentence for years, appealing directly to Trump in some cases.

Blagojevich’s wife, Patti, regularly appeared on Fox News to make the case for clemency, and the governor penned an op-ed from prison in January in which he ripped House Democrats for impeaching Trump, claiming lawmakers would have done the same to Abraham Lincoln.

A handful of Illinois political figures – including including Sen. Dick Durbin and the Rev. Jesse Jackson – had also come out in support of reducing Blagojevich’s jail time.

In a separate action, the president also told reporters that he had pardoned former New York Police Commissioner Bernard Kerik.

Kerik, who oversaw the NYPD during the Sept. 11, 2001, terrorist attacks, pleaded guilty in 2009 to charges of felony tax fraud and lying to the government. He was released from federal prison in 2013.