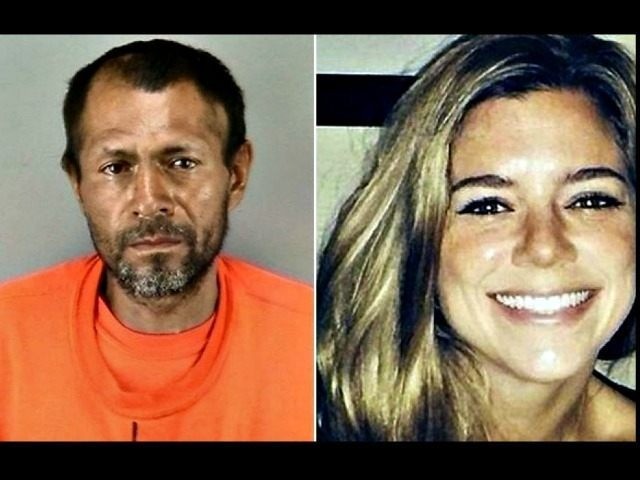 The illegal alien acquitted for Kate Steinle’s murder in 2017 has been deemed “mentally ill” by a California court and thus will not stand trial on federal gun charges.

Five-time deportee, seven-time convicted felon Jose Garcia Zarate was charged with Steinle’s murder after being caught on surveillance footage fleeing the scene after her slaying on a pier in San Francisco in 2015.

Following his arrest, Zarate admitted to shooting and killing Steinle, who was on the pier at the time with her father, and admitted he chose San Francisco because it is a “sanctuary city” that protects criminal illegal immigrants from arrest and deportation by federal immigration officials.

Despite his acquittal in the murder case, Zarate is still facing federal criminal charges for illegal possession of a firearm. Zarate has pleaded not guilty to the charges.

However, in a stunning development, records from last week reveal that a California court is declaring Zarate “mentally ill” and thus unable to stand trial for the charges, as FOX 5 San Diego reported:

A court evaluator concluded Jose Ines Garcia Zarate is not competent to stand trial on federal gun charges “because of a mental illness that is not presently being treated,” according to a court document from the US District Court in California. [Emphasis added]

“If neither side disputes the evaluator’s conclusion, the Court wishes to explore … what efforts should be made locally to restore the defendant to competency through proper medication, as opposed to sending the defendant to a federal facility outside California,” according to court documents dated February 14. [Emphasis added]

Breitbart report: The defense and prosecution are set to meet this week to discuss the matter.

Illegal aliens facing trial, as Breitbart News has chronicled, increasingly have used the defense of being insane, mentally ill, and mentally disabled to escape maximum sentences for murder.

In the case of illegal alien Wilbur Ernesto Martinez-Guzman — accused of murdering four Americans in Reno, Nevada — the defense is expected to claim that Martinez-Guzman is “mentally disabled” to avoid the death penalty if he is convicted.

Likewise, the 34-year-old illegal alien Apolinar Altamirano, an alleged self-proclaimed member of the Sinaloa Cartel, accused of murdering 21-year-old gas station clerk Grant Ronnenbeck in cold blood in January 2015, will not be eligible for the death penalty after he successfully got himself declared “intellectually disabled.”