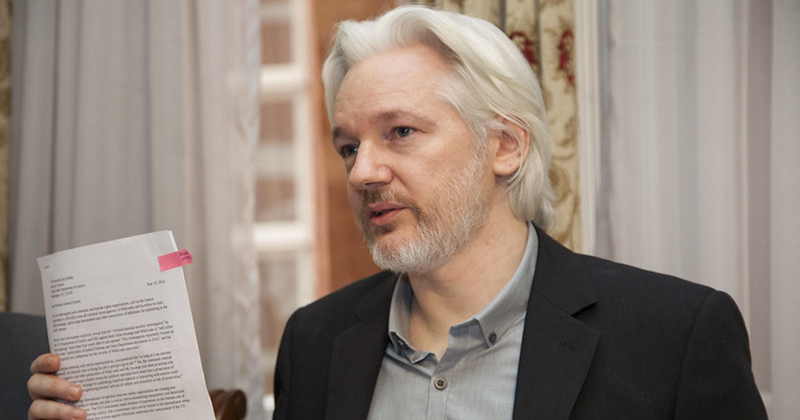 Readers will no doubt be shocked to learn the media’s top story of the day was a total hoax.

A former Republican congressman has denied he offered a pardon to Wikileaks founder Julian Assange on behalf of US President Donald Trump.

In return, the president was said to have wanted Assange to say Russia was not involved in leaking emails during the 2016 US election.

But Mr Rohrabacher, a former California representative, rejected the claims.

Here’s his full statement (which they didn’t reproduce or link to):

There is a lot of misinformation floating out there regarding my meeting with Julian Assange so let me provide some clarity on the matter:

At no time did I talk to President Trump about Julian Assange. Likewise, I was not directed by Trump or anyone else connected with him to meet with Julian Assange. I was on my own fact finding mission at personal expense to find out information I thought was important to our country. I was shocked to find out that no other member of Congress had taken the time in their official or unofficial capacity to interview Julian Assange. At no time did I offer Julian Assange anything from the President because I had not spoken with the President about this issue at all. However, when speaking with Julian Assange, I told him that if he could provide me information and evidence about who actually gave him the DNC emails, I would then call on President Trump to pardon him. At no time did I offer a deal made by the President, nor did I say I was representing the President. Upon my return, I spoke briefly with Gen. Kelly. I told him that Julian Assange would provide information about the purloined DNC emails in exchange for a pardon. No one followed up with me including Gen. Kelly and that was the last discussion I had on this subject with anyone representing Trump or in his Administration.

Even though I wasn’t successful in getting this message through to the President I still call on him to pardon Julian Assange, who is the true whistleblower of our time. Finally, we are all holding our breath waiting for an honest investigation into the murder of Seth Rich.