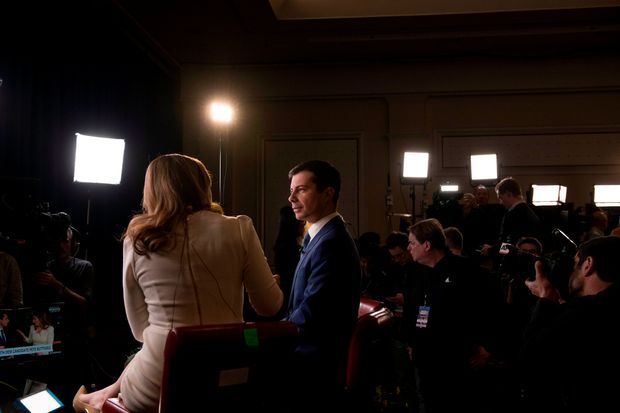 Four of the top six Democratic presidential campaigns spent heavily ahead of the Iowa caucuses, and they are now at a major disadvantage on the airwaves heading into next month’s crucial Super Tuesday contests.

While billionaire Michael Bloomberg is already spending about $156 million on TV and radio ads across the 14 states that weigh in on March 3, neither former Vice President Joe Biden nor former Mayor Pete Buttigieg had invested in a single Super Tuesday commercial as of Thursday night, according to ad tracker Kantar/CMAG.

Sens. Amy Klobuchar and Elizabeth Warren combined have put less than $2 million into Super Tuesday ads. Of the six candidates in Wednesday’s Democratic debate, Sen. Bernie Sanders is the only nonbillionaire with a major paid-media presence in those states, with $11 million in ads.