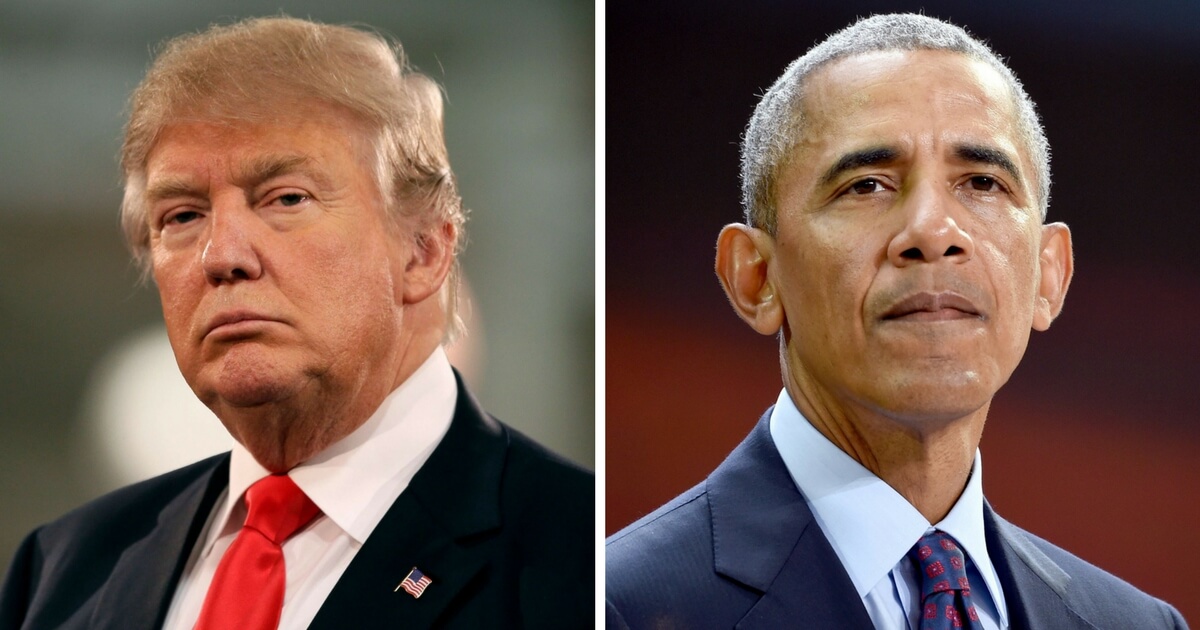 Before the president, an “elite” consensus had formed that lost manufacturing and industrial jobs were gone for good, “free” trade was good for America, and American leadership was about managing America’s decline in the face of a rising power in China.

These positions were so assumed to be true that politicians would spout them off in the same way they might observe that the sky is blue or that knowing the Clintons is hazardous to a person’s health.

The “you didn’t build that” president commented before the 2016 election, “He [Trump] just says, ‘Well, I’m going to negotiate a better deal.’  Well, what, how exactly are you going to negotiate that?  What magic wand do you have?”

That magic wand was a simple combination of competence, a belief in America, and an understanding of fair trade and economic leverage.

Not to be outdone by his old boss and showing why he has never won a single state primary, Joe Biden commented, “Anybody who can go down 3,000 feet in a mine can sure as hell learn to program as well[.] … Anybody who can throw coal into a furnace can learn how to program, for God’s sake!”  Translation: While everyone cannot land a gig guzzling corrupt cash from a foreign energy board, people can at least learn to do something respectable, like typing out some of that computer stuff.

Leaving aside the sneering elitism in both Obama’s and Biden’s statements, the last presidential team were simply restating what they believed to be accepted fact that it is both inevitable and good that high-paying blue-collar jobs were being gutted and shipped overseas.  Hey, don’t blame us.  This is just the natural order of things.

Considering the globalist anti-American Obama worldview that is now the beating heart of the Democrat party, the fact that this weakened American influence doubled the goodness.

This president upended the canard and drove home the simple truth that we never had free trade in any real sense.  American workers were deserted to compete on a tilted playing field against countries who were protecting their own industrial base in a version of free for me but not for thee.

The globalist cancer of elite conventional wisdom was destroying the country one factory at a time as American workers were buried under cheap overseas labor and corrupt foreign cash.

So many people who run for president don’t really seem to know why, other than wanting to be the most powerful person in the world while cashing in on the position, Hillary Clinton’s entire platform can be summed up as “It’s my turn to rule you little people from on high.”

President Trump knew exactly why he wanted to be president, and the driving reason was to fight for America and Americans, which meant returning immigration sanity and overturning the unfair trade agreements that had inflicted so much damage.

Another great president, Ronald Reagan, once commented about America’s failing schools that “if an unfriendly foreign power had attempted to impose on America the mediocre educational performance that exists today, we might well have viewed it as an act of war.”  That same principle holds true here.  No foreign power could have done anywhere close to the damage that America’s “elites” inflicted on their country.  Then-candidate Trump understood this all too well.

The president pointed to the fact that we lost 60,000 factories under the previous two administrations and gained 12,000 factories during his first three years.  No wonder Nervous Nancy felt compelled to rip up the speech, since its delivery was the equivalent of serving up a garlic sandwich to a coven of globalist vampires.

As another metric, the Obama administration lost about 200,000 net manufacturing jobs, while the current administration has added about 550,000 of these jobs.  U.S. exports have grown by 15% since Trump took office.  If I were a failed former president, I’d want to claim that success, too.

The media are working overtime to explain these numbers away, conveniently forgetting that their paragon said this was impossible and that these jobs aren’t coming back.  The situation will likely continue to improve with the new USMCA in place, which will significantly aid the auto and metals industries, along with the first-stage deal with China.

With new supply chains in place, many of those companies won’t go back.  This was a savvy recalibration of the national security situation.  President Trump understood that he was holding all the cards in this trade war and that America was destined to win.  He also understood that the status quo was not compatible with any concept of making and keeping America great, although it was doing plenty to empower China.

The national security stakes in this economic clash were real.  In looking at sixteen historical cases, political scientist Graham Allison argued that the historical record shows that rising powers traditionally go to war with the ruling power, particularly one that is declining.  Based on these cases, he believed that China and America could be headed toward war, something he indicated was more likely than not.

There can be little doubt that China seeks to dethrone the U.S. as the predominant power in Asia.  But its ambition runs far beyond that.  Military leaders have been watching China with a wary eye for years as the country increased its influence around the globe.  China is quietly and relentlessly gaining influence everywhere, from Africa to South America to right here in the U.S.  Because the Chinese are far less bellicose in their language than the Soviet Union, this went largely unnoticed.  But the danger is clear and present.  Twelve out of the 16 case studies Allison looked at resulted in war, even if the most recent three did not.

An economist won’t make a values judgment on whether the U.S. is better off trading with China, Mexico, or Mars.  But any action the U.S. takes that slows down the rise of China as a global superpower, particularly if that action also increases America’s own power, will serve to lessen the danger of a U.S. conflict with China.

In this sense, President Trump’s economic moves have been targeted national security strikes.  He unleashed the U.S. economy, which has increased America’s relative power.  But he did it in a way that also diminished China’s rising power.  It was a game-changer.

The conventional wisdom that existed just a few short years ago is now a smoldering pile of ash.  The president has improved the lives of nearly all Americans; reversed the income inequality that Democrats love to complain about; and dramatically improved the national security situation, lessoning the probability of catastrophic conflict with China.

He was right to declare that “in just three short years, we have shattered the mentality of American decline, and we have rejected the downsizing of America’s destiny.”  His success is a powerful indictment of his predecessor since Obama embodied that very mentality.  Democrats are stuck to face the horrifying reality that there has never been a president who has done more to earn a second term, and no number of pen ceremonies or paper-shreddings can cover that up.