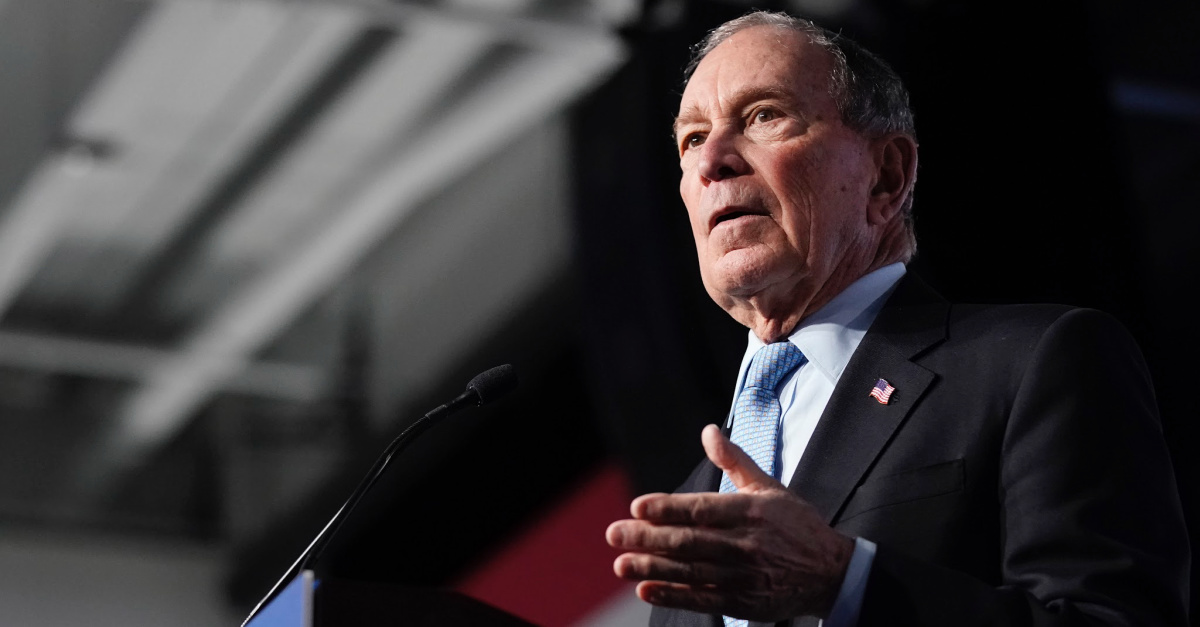 School districts across the U.S. have similar arrangements. But Bloomberg, then the mayor of New York City, said the agreement violated the U.S. Constitution. Backed by court rulings, Bloomberg and his administration ordered congregations to find other space. The policy was in place before he became mayor, but Bloomberg supported it, claiming churches meeting in public facilities gave the appearance of endorsement.

“Separation of church and state is one of the basics of our country,” he said in 2012. “The more religious you are, I think the more you should want to keep the separation because someday the religion that the state picks as the ‘state religion’ might not be yours. The way to solve that is to not have a state religion.”

The policy permitted other community groups to meet within public schools. Churches, though, could not. Mayor Bill de Blasio, who succeeded Bloomberg, ended the policy.

“Just a reminder this morning that Mike Bloomberg spent years trying to kick mostly black and brown churches out of the public school buildings they would use (and pay for) for worship on Sundays,” Wear wrote in the first of a series of tweets. “It was de Blasio, of all people, who put an end to Bloomberg’s effort. I hope Mike Bloomberg would make clear that he will not touch this issue as president. Not with DoE guidance. Not with DOJ.”

One of those congregations was Crossroads Church, a Southern Baptist congregation in Staten Island, N.Y., that was booted from a public school building and had to spend thousands of dollars more per month to rent a different facility. Pastor Ray Parascando told Baptist Press in 2012 the policy was tantamount to an “agenda” against churches.

“I think this is just the beginning of what they want to do to the religious freedoms of churches in New York,” Parascando said at the time.