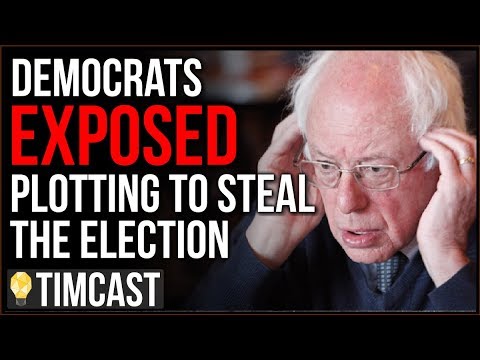 Democrats EXPOSED Plotting To STEAL Election, Republicans Laugh At Chaos Inside Democratic Party. The latest forecast model fro the Democratic primary has no one winning the nomination at the DNC. While Bernie will likely win the popular vote the super delegate system is going to allow the overthrow of Sanders and give the nomination to one of the establishment elites. But now the cheating has been exposed. Politico reports that Bloomberg has been quietly meeting with moderate Democrats and crony establishment types at the DNC to gain support for a contested convention strategy. The goal is to stop Bernie Sanders at any cost. Meanwhile Republicans are not only laughing at the chaos in the democratic party but rallying against the fear of socialism rising in the US. The entirety of the left is split from the political establishment all the way to the media establishment the chaos on the modern left is only getting worse everyday paving the way for a Trump 2020 landslide in november.

One thought on “Democrats EXPOSED Plotting To STEAL Election, Republicans Laugh At Chaos Inside Democratic Party”