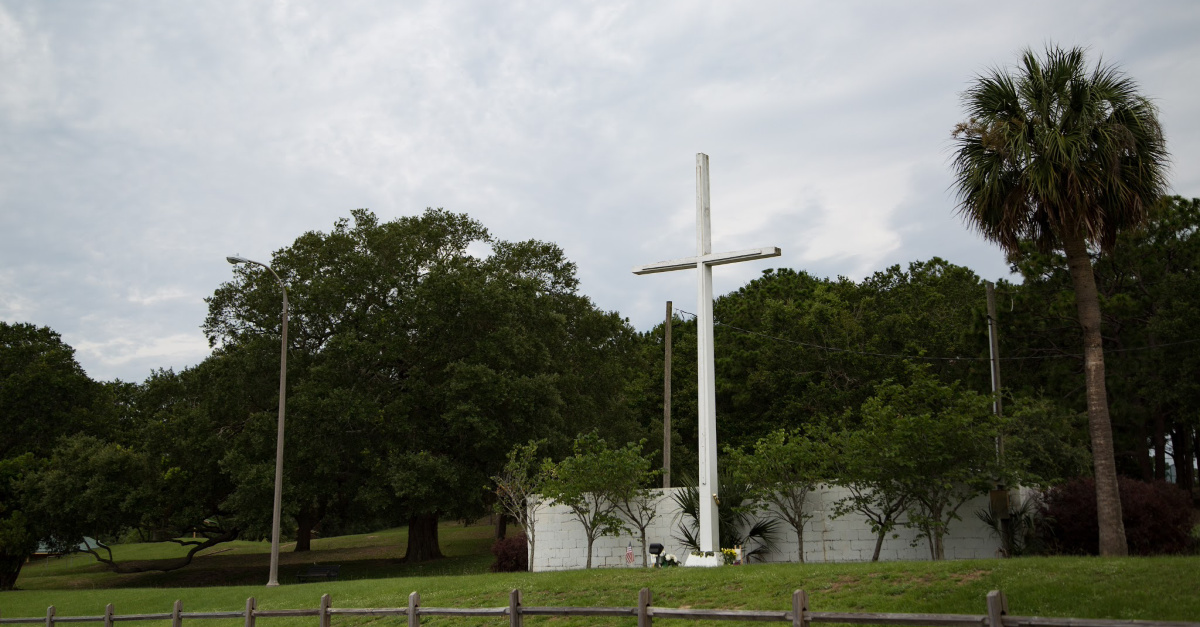 A historic 34-foot World War II-era cross can remain standing in a Pensacola, Fla., park thanks to a federal appeals court ruling that pointed to a recent U.S. Supreme Court decision.

The 3-0 decision Wednesday by the U.S. 11th Circuit Court of Appeals reversed its 2018 ruling, which was handed down prior to a landmark opinion by the Supreme Court in 2019 that let stand a World War I memorial.

That Supreme Court decision in American Legion v. American Humanist Association was considered a major victory for supporters of religious-themed monuments, and it had a major impact on the Pensacola case.

The American Humanist Association and the Freedom from Religion Foundation, two atheist organizations, sued to have the Pensacola cross removed.

“Having reconsidered the case in light of American Legion, we conclude, as the Supreme Court did there, that ‘the Cross does not offend the Constitution,’” Judge Kevin Newsom wrote for the court. “… The cross’s presence on city property does not violate the Establishment Clause.”

A cross has stood at the same location for 79 years.

The 34-foot concrete cross was erected in Pensacola’s scenic Bayview Park by the Pensacola Junior Chamber of Commerce (the “Jaycees”) in 1969 and dedicated at an annual Easter sunrise service. The Jaycees donated the cross to the city of Pensacola.

The concrete cross replaced a wooden cross that had been erected by the Jaycees at the same location in 1941. The city’s citizens gathered at the cross during World War II to pray for peace.

The cross is a traditional gathering place for Easter sunrise services and also for remembrance services on Veterans and Memorial Days.

“The Bayview Park cross (in one iteration or another) stood in the same location for more than 75 years, essentially without incident, before the plaintiffs in this case filed suit asserting that the cross’s presence on city property violates the First Amendment’s Establishment Clause,” Newsom noted in his decision.

The 11th Circuit said in its 2018 decision it was bound by a 1983 ruling and that the cross violated the Constitution. But in its newest decision, it said it was now bound by the Supreme Court’s 2019 ruling.

The Becket Fund for Religious Liberty defended the Pensacola cross in court.

“The Supreme Court has now made clear that religious symbols are an important part of our nation’s history and culture,” said Luke Goodrich, vice president and senior counsel at Becket.