Authored by Ben Hunt via EpsilonTheory.com,

Two weeks ago I wrote about the corrupt political response of China to COVID-19.

Last week I wrote about the corrupt political response of the World Health Organization to COVID-19. 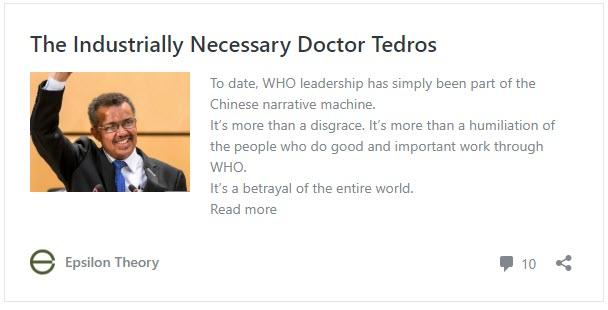 This week I’m writing about the corrupt political response of the United States to COVID-19.

Because it’s happened before. 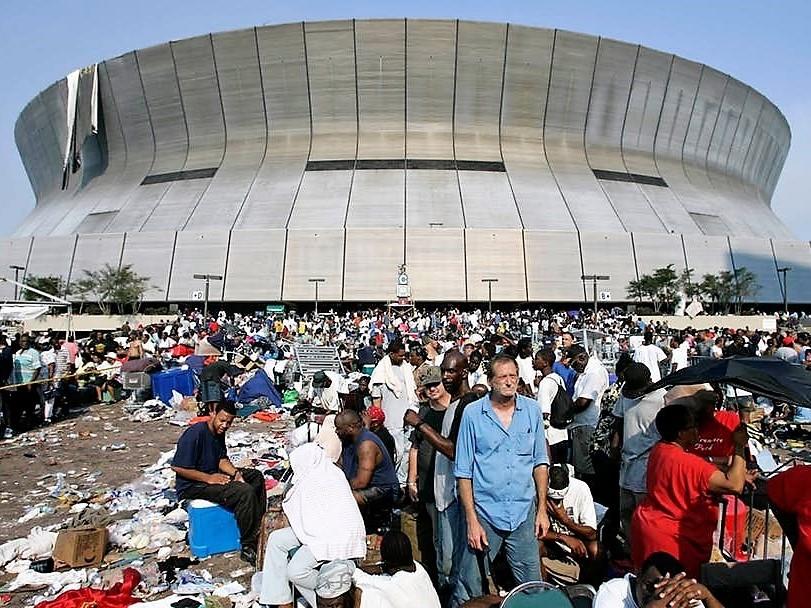 New Orleans did not fall because of Hurricane Katrina.

New Orleans fell because of the corrupt political response to Hurricane Katrina. 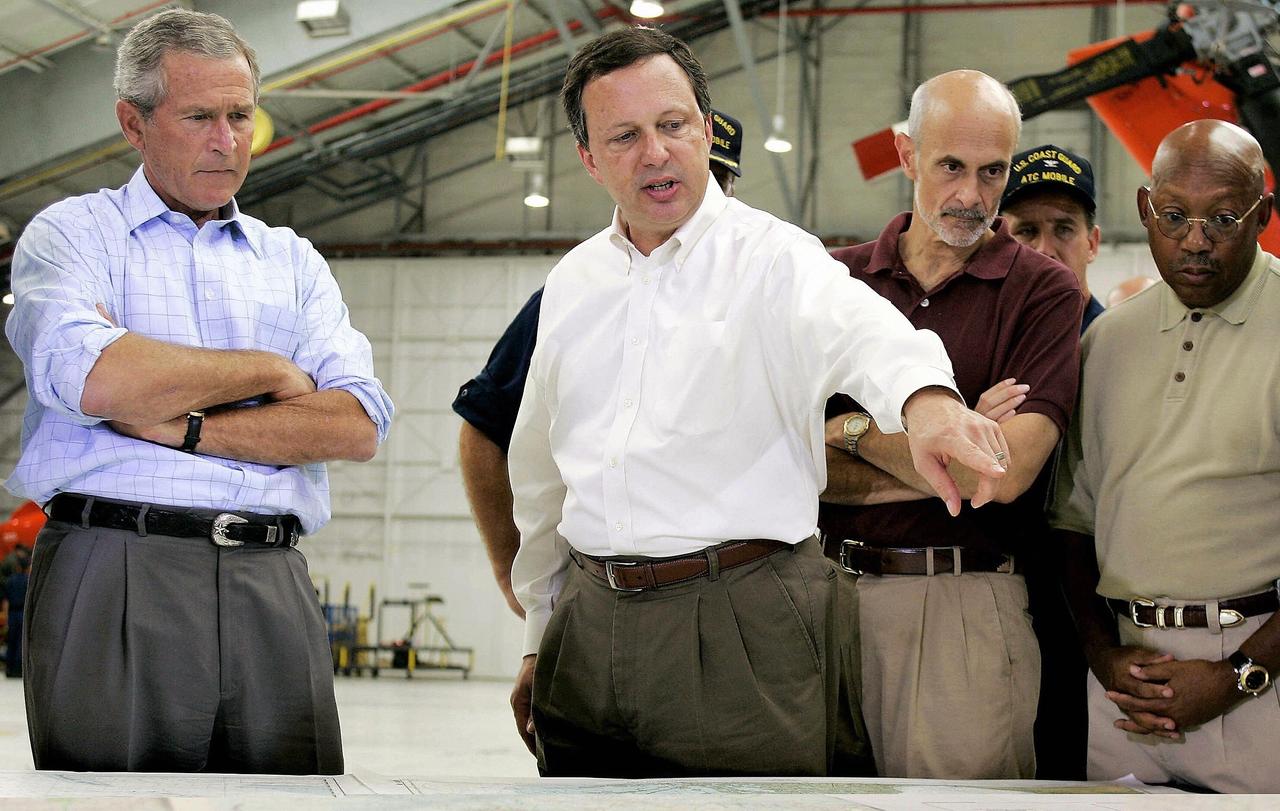 We can stabilize the situation. Again, I want to thank you all. 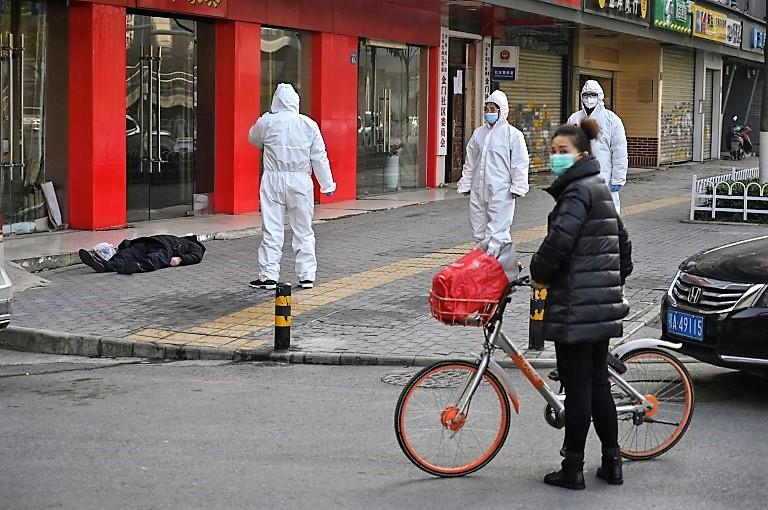 Wuhan did not fall because of COVID-19.

Wuhan fell because of the corrupt political response to COVID-19. 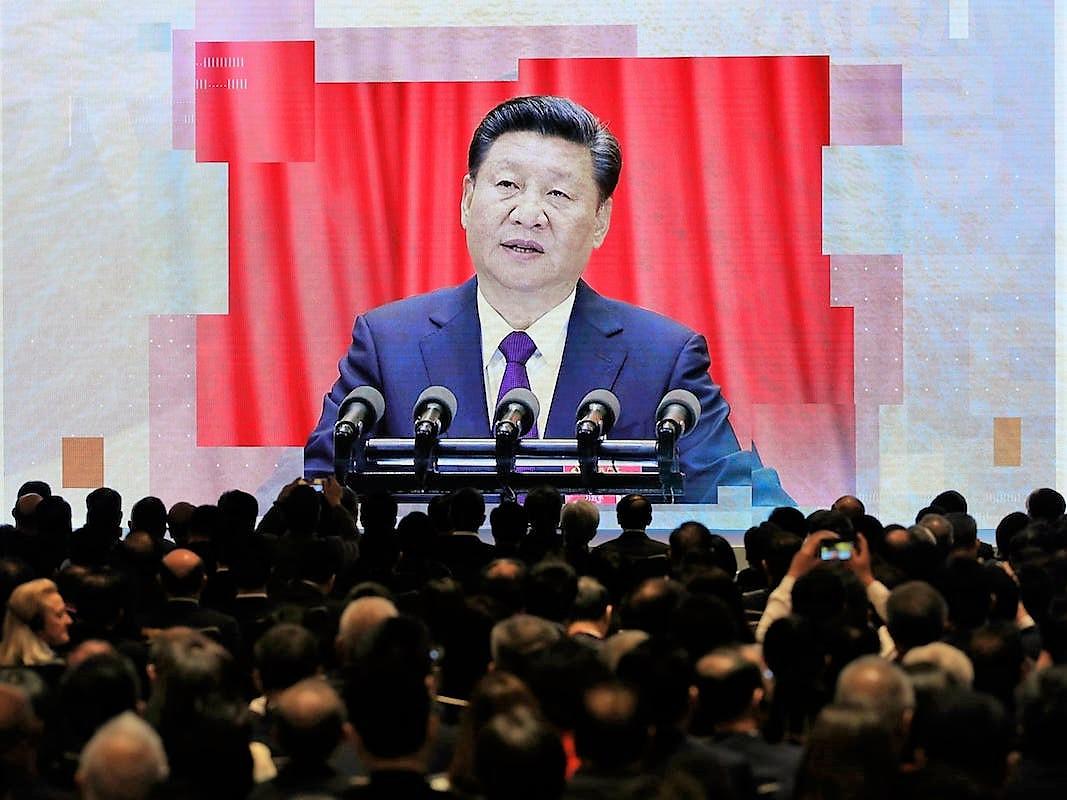 Wuhan is a heroic city, and people of Hubei and Wuhan are heroic people who have never been crushed by any difficulty and danger in history. All regions and departments performed their duties actively and conscientiously.

A corrupt political response occurs when a political leader sacrifices national interest for regime or bureaucratic interest … when a constructed narrative of “Yay, Calm and Competent Control!” is maintained for the political benefit of the Leader at the expense of the Led.

Oh, the Leader and his flunkies will convince themselves that the narrative “is in the public interest” … that the narrative will “buy them time” … that the narrative is necessary because “the other side” would do the same or worse if given half a chance. It’s all the excuses that all the Renfields to all the professional politicians tell themselves as they slowly sell their souls. It’s what every President and every Director-General and every Senator and every CEO eventually comes to believe, that their personal interests are identical to “their” people’s interests.

Precisely because these corrupt political responses are so commonplace and so quotidian, they are almost never revealed publicly. I mean, sometimes you have a “whistleblower” listening in on your petty corrupt bargaining with the Ukrainian President or some such, and it blows up into a bit of a tempest, but that’s the exception rather than the rule. And even so, these normal-time reveals are almost always tempests in teacups … full of sound and fury, but no more than that.

But every once in a very great while, an honest-to-god crisis reveals the consequences of your petty everyday corruption, consequences that are paid in the LIVES of those who trusted you to be better.

Every once in a very great while, an honest-to-god crisis reveals the political self-interest and mendacity behind your carefully constructed narrative of “Yay, Calm and Competent Control!” .

Like the fall of New Orleans revealed George W. Bush.

What we must prevent today is the NEXT city to fall.

Because containment has failed.

What we’re seeing in South Korea, Iran and Italy is what exponential disease propagation looks like in the real world. Real world data is spiky. Real world data is messy. Real world exponential growth looks like nothing, nothing, nothing … then cluster, cluster, cluster … then BOOM! My rule of thumb: when a country reports a death from a local COVID-19 infection, then the disease is already endemic in that country. Implementing extreme quarantine measures after that first death – either within that country or by other governments to isolate that country – is closing the barn door after the horse is out … it’s too late. Doesn’t mean you shouldn’t do it for disease minimization or social distancing. But it does mean that a goal of containment is unrealistic.

And so now we must fight.

Above all, that means calling out our leaders for their corrupt political responses to date, and forcing them through our outcry to adopt an effective virus-fighting policy for OUR benefit, not theirs.

Because a city does not fall just because it is hit hard by a plague.

That’s EXACTLY what happened in Wuhan. More than 30% of doctors and nurses in Wuhan themselves fell victim to COVID-19, so that the healthcare system stopped being a source of healing, but became a source of infection. At which point the Chinese government effectively abandoned the city, shut it off from the rest of the country, placed more than 9 million people under house arrest, and allowed the disease to essentially burn itself out.

And so Wuhan fell.

The disaster that befell the citizens of Wuhan and so many other cities throughout China is not primarily a virus. The disaster is having a political regime that cares more about maintaining a self-serving narrative of control than it cares about saving the lives of its citizens.

We must prevent that from happening here. From happening anywhere. Yes, containment has failed. But that does NOT mean the war is lost. We can absolutely do better – SO MUCH BETTER – for our citizens than China did for theirs.

And so we must call out the Director-General of the World Health Organization for his corrupt political response to COVID-19, where by continuing to toe the (literal) party line, he sacrifices WHO’s authority and credibility on the altar of China “access”. 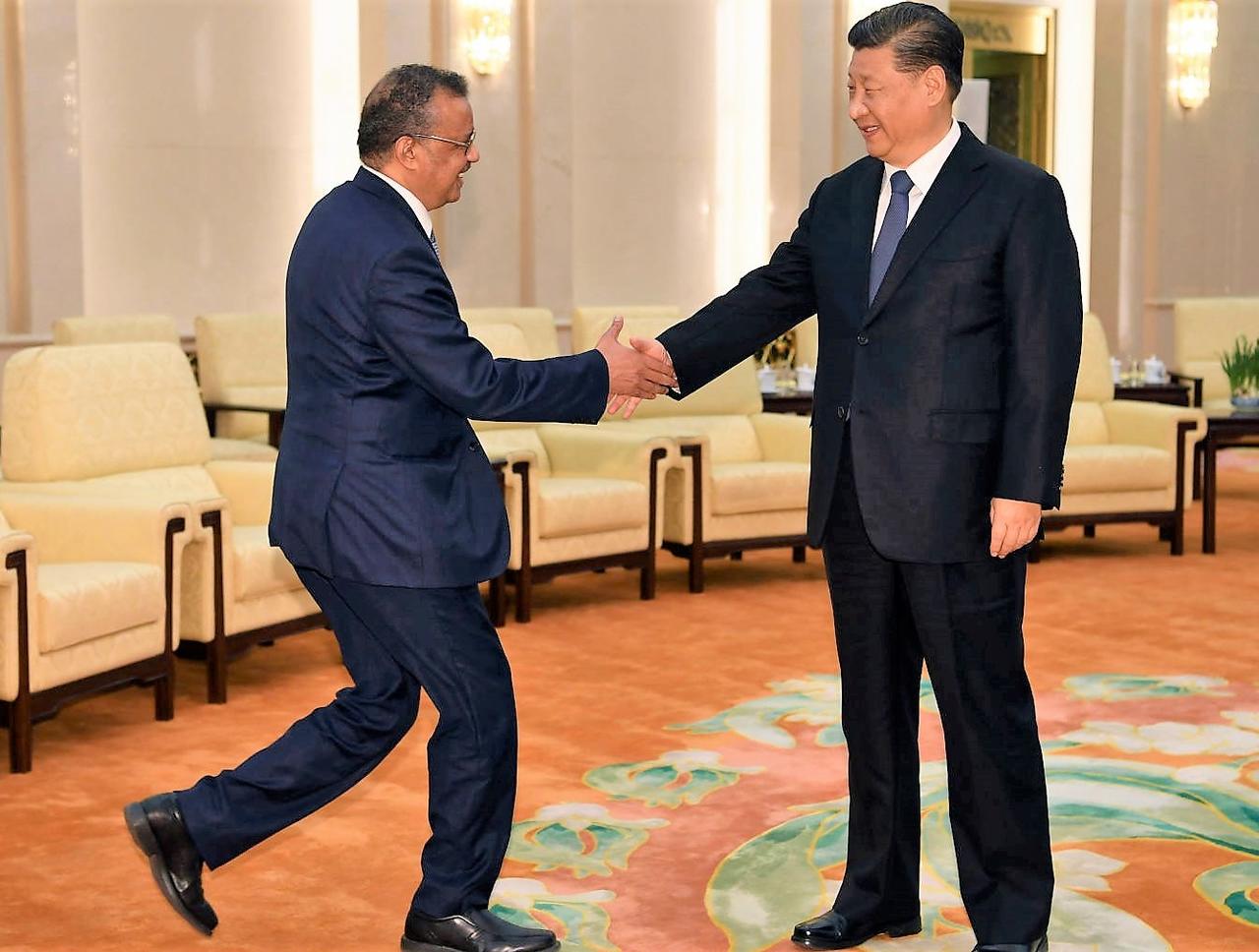 During my visit to Beijing last week, I was so impressed in my meeting with President Xi at his detailed knowledge of the outbreak, and for his personal leadership … if it weren’t for China’s efforts, the number of cases outside China would have been very much higher.

And so we must call out the President of the United States for his corrupt political response to COVID-19, as well. 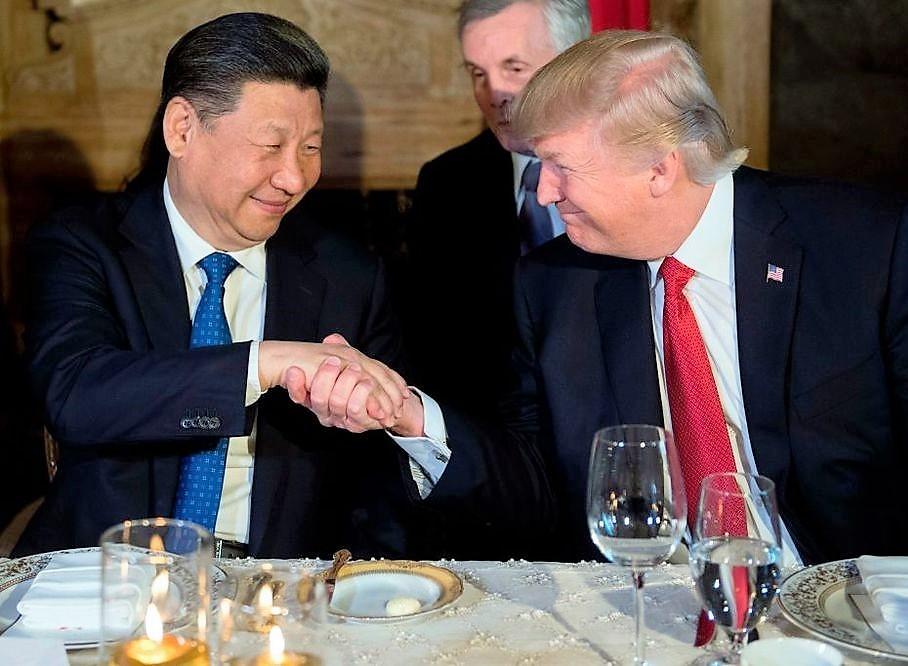 China has been working very hard to contain the Coronavirus. It will all work out well. In particular, on behalf of the American People, I want to thank President Xi! 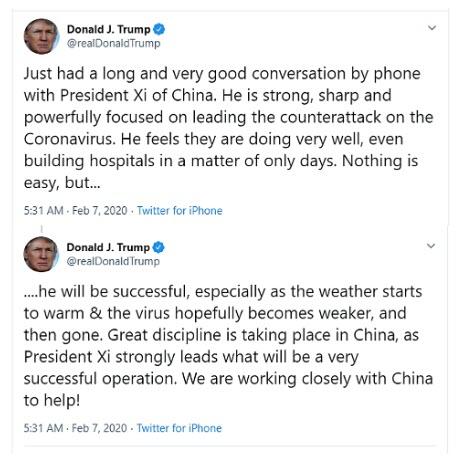 Now the virus we’re talking about, having to do, a lot of people think that goes away in April with the heat, as the heat comes in, typically that will go away in April. We’re in great shape, though, we’re, we have 12 cases, 11 cases, and many of them are in good shape.

And before all the MAGA snowflakes get their feelings hurt by this criticism of Dear Leader … yes, I wrote a blistering note criticizing Obama and his corrupt political response to Ebola in 2014. It’s just unlucky for Trump that his deadly plague has a lot higher R-0 score.

I’m saying something much stronger than that.

I’m saying that our actions today are what history will remember us for. And how we will be judged by our children and their children. That’s true for ALL of us, Team Elite or not, Bernie Bro or not, MAGA or not, commoner or king. Or even President.

I’m saying that there are decades where nothing happens, and then there are weeks where decades happen. This is one of those weeks. That’s paraphrasing an old enemy of the United States, but I’m saying it because I love my country.

I’m saying that we can absolutely still win this fight. I’m saying that this fight can bring us TOGETHER rather than drive us farther apart. If we let it. If we’re brave enough to do the right thing and not the narrative-expedient thing.

I’m saying that it’s time to speak out. Yes, you. I’m talking to you.

I’m saying it’s time to talk with your neighbors and your friends and your coworkers, and when they wave you off or give you the usual talking points from Dr. Gupta (“buh, buh the flu”) or the White House (“buh, buh the heat”), then you look them in the eye and you ask them to remember how they felt when New Orleans fell, how they felt when they saw those pictures from the Superdome, how they felt when our own government abandoned our own citizens in the wake of a natural disaster, not through malice but through incompetence. Ask them why we shouldn’t act now to prevent all that from happening again on a national scale. And then send an email to the White House and your governor and your reps and Senators. Together.

Once more with feeling:

Containment has failed. And so now we must fight.

As a nation that means a war-footing to build dedicated treatment wards before they’re required, to protect healthcare professionals before they get sick, to update our testing and diagnostic capabilities before they are swamped … to do everything possible to bolster our healthcare systems BEFORE the need overwhelms the capacity.

Above all, that means calling out our leaders for their corrupt political responses to date, and forcing them through our outcry to adopt an effective virus-fighting policy for OUR benefit, not theirs.

PS. Trump tweeted this out as I was publishing this note yesterday. Honestly, you can’t make this stuff up.