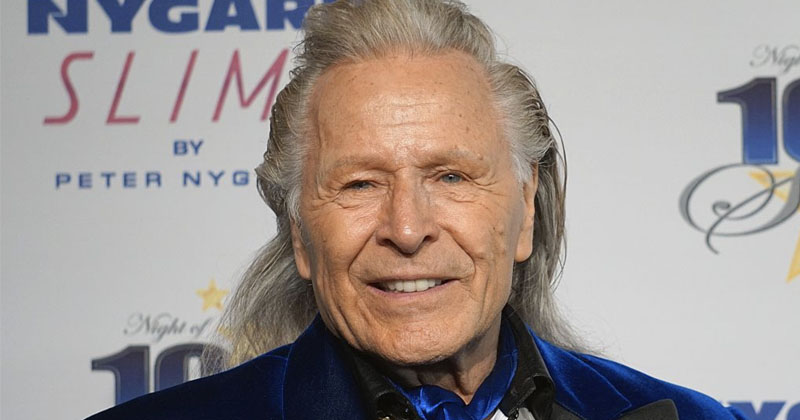 The FBI and NYPD raided the Manhattan headquarters of fashion executive Peter Nygård on Tuesday linked to an ongoing sex-trafficking investigation, according to The New York Times.

Nygård, the 78-year-old Finnish-Canadian owner of women’s wear company Nygård International, has been under investigation for at least five months by a joint child-exploitation task force headed by the Manhattan US attorney’s office.

At least four women who have accused Nygård of sexually assaulting them when they were 14 and 15 at his Lyford Cay estate in the Bahamas in a recent lawsuit have also been cooperating with the task force.

“The class action lawsuit accuses Nygård of sex trafficking and rape — all financed and facilitated by his family of corporations and their employees,” a press release about the lawsuit states.

But many other women have reportedly sued the fashion mogul for rape, sexual harassment and sexual assault since 1980.

From The New York Times:

Nine women in Canada and California, mostly employees, have sued him or reported him to authorities alleging sexual harassment or assault since 1980. In addition, another nine former employees told The Times in interviews that he raped them, touched them inappropriately or proposed sex.

The Times also interviewed the 10 women, all listed as Jane Does, in the lawsuit. Most alleged that Mr. Nygard raped them during so-called “pamper parties” in the Bahamas, where he’s been a resident since 1986. The parties traditionally took place on Sundays at Mr. Nygard’s lavish estate, offering mostly young, female guests a taste of luxury — pedicures, massages, Jet Ski rides and endless alcohol.

It’s not the first time that Mr. Nygard has been investigated by federal authorities — the F.B.I. investigated him briefly in late 2015 and the summer of 2017 on allegations of sex trafficking. The Department of Homeland Security also investigated Mr. Nygard for nine months, starting in 2016. All the investigations fizzled.

The lawsuit alleges that Nygård kept a database of potential victims through his company’s corporate server that had information on more than 7,500 underage girls and women.

The lawsuit also alleges that Nygård raped a 15-year-old girl before asking her to defecate in his mouth for money, while others were forced “through a combination of fraud, coercion, psychological force and manipulation, and physical force” to perform bizarre sex acts and recruit new victims.

“Due to the extreme deviant nature of Nygard’s sexual conduct, his victims feel even more degraded, ashamed and embarrassed than the typical sexual-assault victim.”

The allegations against Nygård are similar to the pattern of behavior by deceased billionaire pedophile Jeffrey Epstein, who was accused of abusing hundreds of women and underage girls at his Caribbean private island called Little St. James in a complex sex-trafficking operation, which led to his arrest in July 2019 and mysterious sudden death in his Manhattan jail cell a month later.

Notably, known Epstein friend Prince Andrew also has ties to Nygård, and was seen at his estate in 2000. Oprah and George H.W. Bush have also visited his sprawling Mayan-themed estate.

Read the class-action lawsuit against Nygård below: