‘Why is the Bill Barr Department of Justice not opposing this secrecy?’ 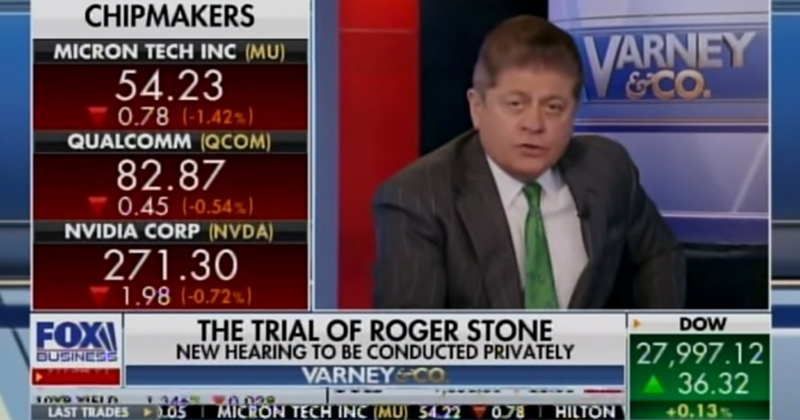 On the day of a “secret hearing” concerning the Stone case, Napolitano argued, “no one should be happy about secrecy, whether you like Stone or dislike him.”

“This is a hearing to determine whether or not there was jury impropriety in the trial. Whether a juror failed to disclose her preconceived prejudice against President Trump and against Roger Stone,” he explained.

Judge Amy Berman Jackson, the judge presiding over the case, gave no reason for making the hearing “secret.”

“This is absolutely Stalinistic,” he declared. “She has gagged Stone. It is one thing to gag the defendant during a trial because you don’t want them out there talking to the press and it’s a way of communicating with the jury. There is no jury. There is no trial. He’s been convicted. He’s been sentenced. The gag serves no legitimate governmental purpose and yet she’s enforcing it on him and his lawyers.”

Varney asked if Napolitano thinks the judge might have a political bias and he responded with a stern, “Yes.”

Explaining why he believes Judge Jackson could have an anti-Stone political bias, Napolitano said she referenced “behavior, words and events that had nothing to do with the courtroom.”

She commented on incidents that took place before the allegations against him were ever filed, according to Napolitano.

Infowars has been highlighting Judge Jackson’s political bias for months, as seen in the special report below: