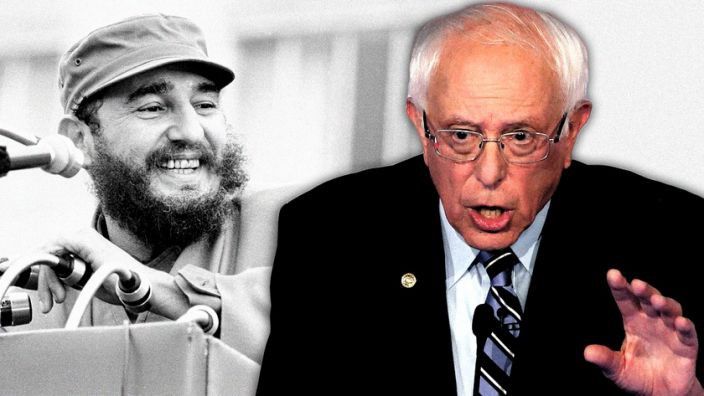 A Cuban man who was imprisoned by communist dictator Fidel Castro’s totalitarian regime, suffering “tortures, beatings, and forced labor“, has warned Bernie Sanders’ fans against supporting the “free stuff” style of socialism the Democrat frontrunner is using to “lure” Americans to the socialist cause.

And Zuniga has a powerful message for Americans considering socialism. “Every country that suffered socialism has gone through the most horrible ordeal anyone can believe.”

“I am amazed [and] I never expected in the United States to be able to see a presidential candidate being a socialist after so much damage [and] so much destruction around the world,” Zuniga told Sirius FM.

Zuniga lived “the whole extent” of Cuba’s communist revolution as a young man in the 1950s. He was later banned from Cuba’s education system, arrested, and imprisoned for decades as a political dissident.

“I went to prison because I had to fight against that horrible system,” Zuniga stated. “I spent 19 years in prison suffering tortures, beatings… even forced labor. It was horrible.”

Zuniga also explained how the “literacy program” praised by Bernie Sanders on CNN was actually a state-driven political indoctrination machine deployed by the communist regime.

“It’s interesting that after so many executions [and] beatings, [Bernie Sanders] just remarks about the literacy program,” Zuniga noted. “The literacy program was not needed in Cuba. Cuba had an 87 percent [literacy rate]. That program was aimed at peasants in rural areas. Of course, Cuba was an underdeveloped country, and was in the process of development, so the rural areas were somewhat backward in development.”

Zuniga warned Americans against being lured by Bernie Sanders’ promise of “free stuff.” There simply isn’t any such thing as a free lunch and America will pay an disastrous price for embracing a failed system.

Within six years of the enforcement of socialist governance, “Cuba was broken down economically, completely,” said Zuniga. “Cuba was ruined in less than six years because of those programs of free education [and] free health care.”