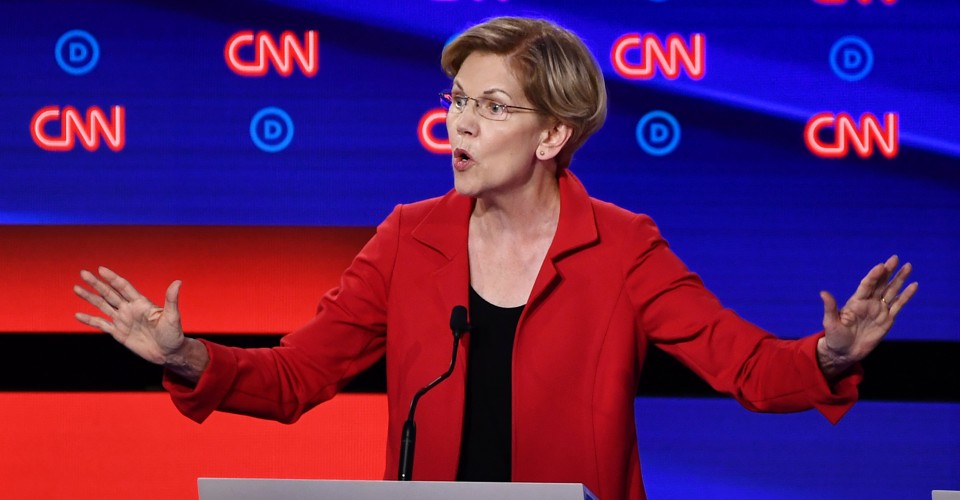 Franklin D. Roosevelt’s 1933 inaugural address contained a phrase, remembered to this day. In the wake of the Great Depression, he told Americans,

So, first of all, let me assert my firm belief that the only thing we have to fear is…fear itself — nameless, unreasoning, unjustified terror which paralyzes needed efforts to convert retreat into advance.

Flash forward nearly a hundred years and the American Left is pushing fear as hard as they have ever pushed anything. We have had plenty of scares since the days of FDR, including the overpopulation, acid rain, and Y2K. Some scares have changed names, from global cooling in the 1970s, only to be replaced by global warming, climate change, and now extreme weather.

Infectious diseases invoke fear as they are a frequent movie theme, from Andromeda Strain to Contagion. We were told to fear the bird flu, SARS, MERS, and Ebola. Now we are to fear Coronavirus.

Every election year seems to have a disease outbreak, as this tweet chronicles. Academic researchers study how these disease outbreaks influence federal elections. Is the Coronavirus outbreak on the eve of an election just a random coincidence?

One useful rule of thumb in assessing fear and crisis is to look at those screaming loudest. When the elites who are telling us it’s a crisis actually act like it’s a crisis, then it may be worth listening to them.

Progressive climate warriors tell us the world will end in (fill in the blank) years, yet they go merrily about their ways, flying in their high carbon footprint private jets, sailing yachts measured in the hundreds of feet, and purchasing multi-million-dollar homes along the ocean coasts. These are the same coasts they say will be under water in (fill in the blank) years due to global warming, polar melting, and rising sea levels.

Faced with a virus threat from foreign countries, Democrats still oppose a border wall or a travel ban. Democrats are happy for people to poop in the streets of the cities they run, adding used injection needles to the toxic mess, yet they are worried about an aggressive cold virus. Is the Left fearful over public health or simply pushing fear for political gain?

Watch what they do, not what they say. And always follow the money.

What has President Trump been up to lately? Trade deals are putting money in the pockets of American workers rather than global elites. Trump is also exposing corruption, as in Ukraine, which allowed the ruling class to amass great wealth via foreign aid and convoluted money laundering schemes, all out of the pockets of American taxpayers. This is what the left really fears – exposure and accountability.

Trump is an existential threat to the global order and their money tree, dutifully watered and fertilized by elites in both parties, from the Bushes and McCains to the Clintons and Obamas. Trump must go, before he puts the final nail in the coffin of these corruptocrats. This is what the left fears, far more than Coronavirus.

A viral pandemic was made to order, a real-life science fiction movie. Cable news, from Fox to CNN, report breathlessly about every new case of coronavirus. At the time of this writing, there are 66 cases of coronavirus in the US, with one fatality in Washington.

For perspective, over 100 Americans die every day due to automobile accidents. Just under 100 died each day during the 2018-19 flu season, and almost 200 per day died in the previous year, according to the CDC.

If you have the misfortune of watching cable news, you’ll hear that we are on the verge of extinction. And of course, it is President Trump’s fault. A New York Times opinion writer calls this “Trumpvirus”. How clever. I don’t recall the smart set at the NY Times or the Washington Post calling the 2014 Ebola virus outbreak “Obamavirus” or anything similar. That would have been called racist.

The financial markets, skittish about supply chains and earnings forecasts, went into freefall, investors losing over $6 trillion as cable news anchors were giddy over the Dow being in the red by triple digits all week.

The plunge is based on fear, courtesy of Democrats and the media (sorry to be redundant), not so much on market fundamentals. Sure, supply chains can be interrupted, just as they can from tariffs and trade deals, but those didn’t tank the market. Would the media be reacting the same with a President Obama or Clinton dealing with a viral threat? Fat chance. Instead the media would be calm and reasoned, just as President Trump was.

As to following the money, short sellers made a fortune this past week. Any names come to mind? George Soros made a cool billion in 1992 by shorting the British Pound. I wonder if his fingerprints are anywhere near this week’s market plunge.

The mysterious Q group has a special interest in Mr. Soros, including his connections to Ukraine, John McCain, Antifa, and Spygate. So much so that they have “a special place picked out for” him. Perhaps we may learn how much Mr. Soros made this past week? And who and what organizations and candidates he funds.

What a convenient way to replenish dwindling Democrat campaign coffers. And distract from a catastrophic primary campaign which has two bad outcomes – nomination of a socialist to run against President Trump, or a Democrat establishment coup to steal the nomination from the socialist, splitting the Democrat party.

Trump is riding high in the polls, with his monthly approval up, according to Rasmussen, after the Democrat impeachment face plant. Desperate times call for desperate measures. What could be better than a stew of virus, crisis, and fear, stirred by the hair-on-fire media, driving the stock market down, all in an attempt to prevent President Trump’s reelection.

But that’s all the left has to offer. Their political ideas are garbage, just listen to any Democrat debate. The Democrat House has accomplished nothing this past year other than turning Adam Schiff and Jerry Nadler into household names, but not in a good way.

Also remember that fear can work in Trump’s favor too. During the fear mongering, the President announced he will nominate Rep John Ratcliffe to be Director of National Intelligence. Coronavirus is also the perfect argument to secure the border and limit who can come to the US and from where. Now that Coronavirus is in Mexico, Democrats will have hard time opposing Trump’s southern border wall.

Coronavirus will eventually pass. Apple CEO Tim Cook is optimistic, “It feels to me that China is getting the coronavirus under control. You look at the numbers, they’re coming down day by day by day. I’m very optimistic there.”

So is the New England Journal of Medicine, saying in an editorial, “Covid-19 may ultimately be more akin to those of a severe seasonal influenza (which has a case fatality rate of approximately 0.1%).”

Like every past effort to undermine President Trump, Coronavirus fear too will fail, at the same time exposing Democrat and media creating panic to eliminate trillions of dollars of savings of the same Americans whose votes they want. All because they can’t accept the 2016 election result.

That’s all Democrats have to offer. Fear. Good luck selling that against President Trump’s optimism. Remember the best is yet to come.