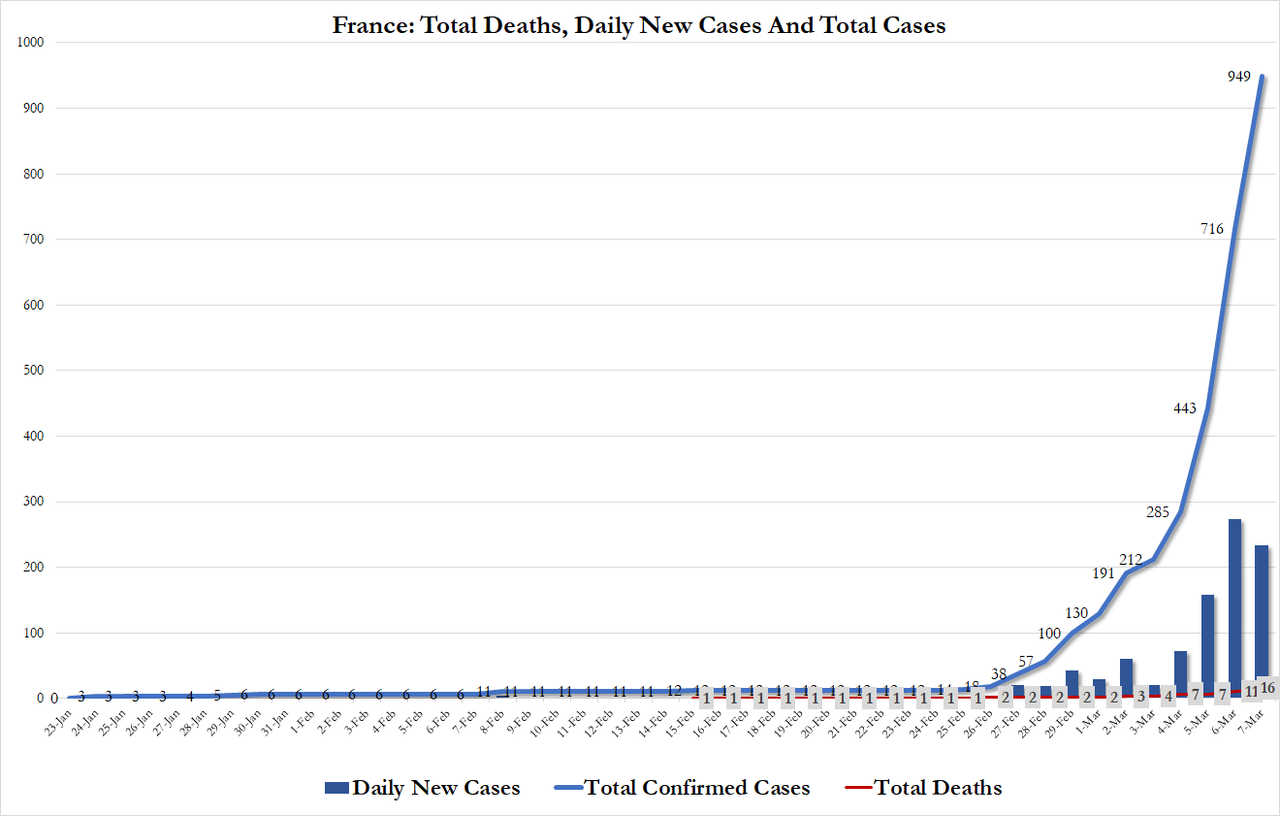 Update (1350ET): Washington state officials are reportedly considering taking over a nursing home in Kirkland where at least six residents have died, possibly the first example in US history of the federal government nationalizing a nursing home, WSJ reports.

Update (1255ET): Gov Cuomo has declared a state of emergency in New York after 21 new cases of Covid-19 were confirmed, bringing the state-wide total to 76, according to NBC 4 New York.

Seven of the cases are in NYC. Total cases in the tri-state area have hit 80.

There have been at least 80 total cases found in New York, New Jersey and Connecticut, with the biggest portion of infected patientsin NY’s wealthy Westchester County, just north of the Bronx. There have been 57 people to test positive there, Gov. Andrew Cuomo said Saturday, almost all of which are connected to the cluster that started with the midtown Manhattan lawyer Lawrence Garbuz and his family. Ten patients out of the 76 in NY State are currently hospitalized, the rest have been asked to self-quarantine and contact a doctor if their condition worsens, Cuomo said.

Aside from NYC and Westchester, other cases have been confirmed on Long Island and in Upstate New York’s Saratoga County.

Update (1240ET): Now that every country in Europe has been infected with the virus, Italian health officials confirmed on Saturday that the national death toll has hit 233 after officials reported another 36 deaths.

The epicenter of the outbreak in Europe is seeing shit go straight parabolic. 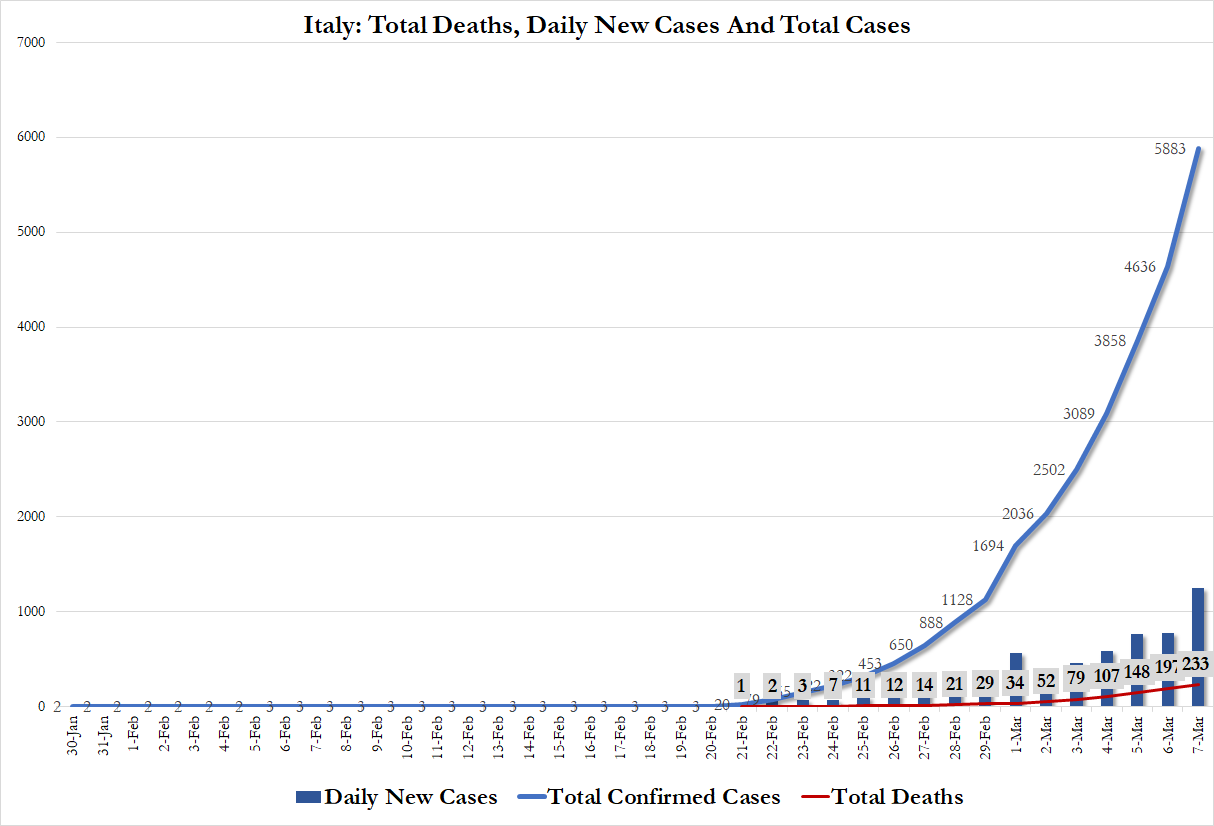 Italian government officials announced that they would adopt a new decree on Saturday with measures to to try and stem the contagion, but it’s not clear yet what exactly they’re planning.

Meanwhile, as more European countries track infected Italians spreading the virus within their borders, Sweden – of all places – is presenting a model of how to swiftly identify and quarantine those who have been exposed. All cases of Swedes who traveled to Northern Italy to ski during the holidays have been tracked, all people who came into contact with the possibly infected have been quarantined.

Unfortunately, the outbreak is no longer limited to the north of Italy.On Saturday, CNN reports, a US Navy sailor stationed in Naples tested positive for the virus, marking the first case for a US servicemember stationed in Europe.

The servicemember was stationed at a naval support facility in Naples. They are receiving medical and other support in accordance with CDC guidelines.

Democratic Party leader Nicola Zingarelli, one of the most powerful politicians in Italy, has tested positive for the coronavirus, Italian media reported on Saturday. 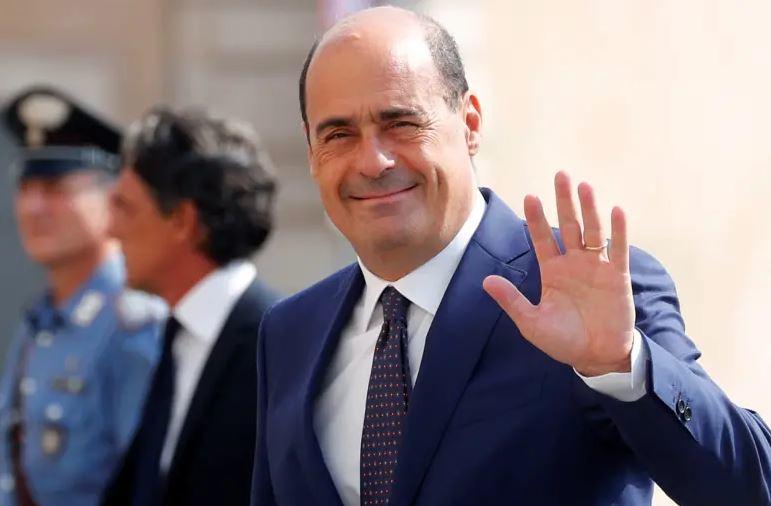 Since the beginning of the outbreak, Italy has been the epicenter of the outbreak in Europe; on Friday, the total number of confirmed cases in the country climbed above 4,500, with 197 deaths confirmed.

“I have coronavirus too,” Zingaretti said in a video posted on Facebook, adding he was in self-isolation at home and that all the people he had been in contact with in the latest days were being contacted for checks. He said he was well.

As the outbreak has spread to nearly every country in North America, Asia and Europe. On Friday, Slovakia, the last remaining nation in Europe without any confirmed cases of the virus, confirmed its first case and almost immediately implemented a ban on flights from Italy, which has been blamed for spreading the virus across the continent, per NYT.