They’re kidding, right? Joe Biden? The former vice-president and US champeen influence grifter came back from the dead this Super Tuesday to save the Democratic Party from Bernie Sanders Venezuelizing what’s left of America (after you subtract our awesome debt loads). Things that come back from the dead, of course, are generally not high-functioning, for instance: zombies. Isn’t that exactly what the party has got now in the person of front-runner Zombie Joe? 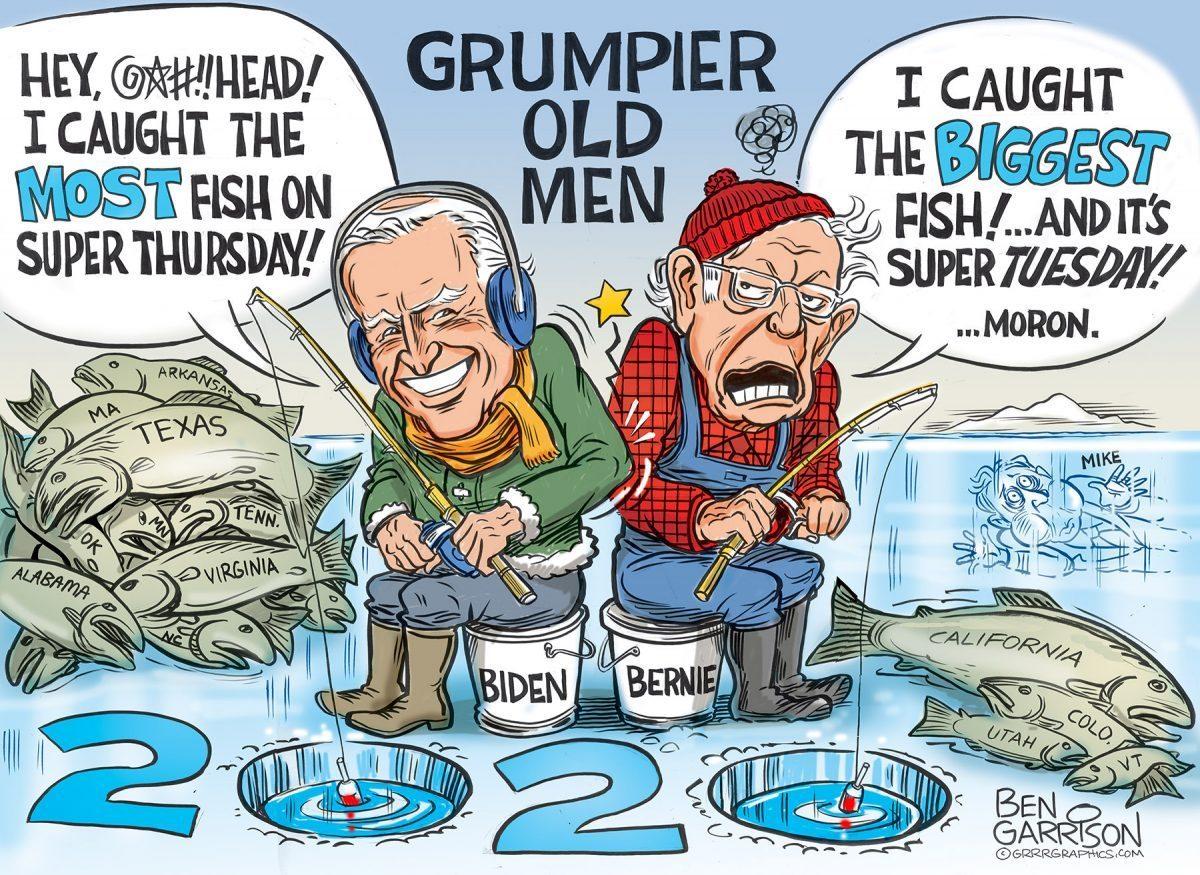 They are kidding, for sure – kidding themselves – for which they’ve practiced tirelessly the past three-plus years with RussiaGate, MuellerGate, ImpeachmentGate, and sundry extra delusional hustles, including sanctuary cities, cancel culture, the Green New Deal, free everything, and the transsexual reading hour.

So, now they’re pretending that Joe Biden is capable when his every utterance suggests that he is gone in the head. That will work for about a week, I reckon. You know something hilariously idiotic will come out every time he mounts a podium unless his handlers duct-tape his pie-hole. And now that the spotlight is off that distracting crowd of also-rans, the cameras and iPhone recorders will catch his every gaucherie — as, for instance, when he declared in New Hampshire recently to a rally audience of ordinary (non-millionaire) voters, “Guess what, if you elect me, your taxes are gonna be raised, not cut.” It’s on video. Smooth move, there, Joe.

And then, there is that giant anvil hanging over Joe B’s head in the form of an investigation into, and possible prosecution for, his shenanigans with son, Hunter, in Ukraine, including a money-laundering trail featuring millions of dollars from Ukraine routed through obscure banks in Estonia and Cyprus to Hunter’s own bank accounts. The Ukies have opened an inquiry, and the Senate Homeland Security and Governmental Affairs Committee under Ron Johnson (R-Wisc) is ready to subpoena Biden father-and-son. That is, if Sen. Mitt Romney doesn’t stand in the way of a vote for that, as he threatens to do — and he has an interesting motive to do that since his former foreign policy advisor, ex-CIA agent Joseph Cofer Black, was on the board of the same Ukrainian gas company, Burisma Holdings, that employed Hunter Biden at $83,000-a-month for years. 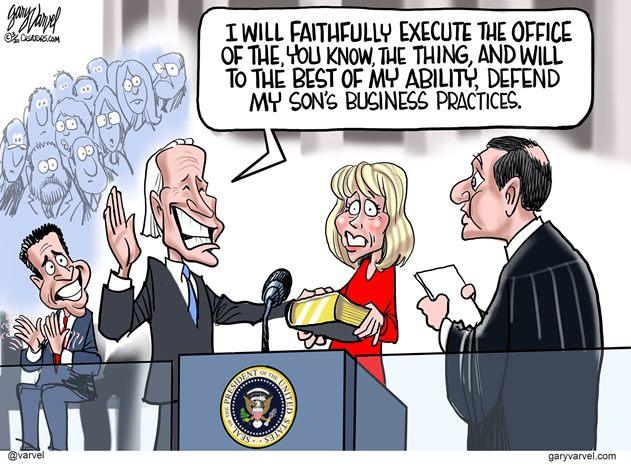 Of course, if Zombie Joe is so obviously non compos mentis before he’s even been nominated, what are the chances that he’ll be able to serve in office a year from now? Somewhere between zilch and nada, I’d say. So, the latest scheme launched this week in chatter from Progressive Hopesterdom has Zombie Joe picking either Hillary Clinton or Michele Obama as his running mate, and then resigning soon after inauguration day, giving this Republic-of-Firsts its first woman president at long, long last.

This is what it’s come to in our new politics of hustles and scams. Though every person over seven-years-old would see through this dodge, what else have they got? Well, a brokered convention, anyway, if Zombie Joe flops spectacularly in the weeks ahead just by showing up and running his mouth, leaving Bernie the Last Man Standing — and the party appears dead set on thwarting Bernie by any means necessary. It’s not impossible that the Dems could rustle up some dark horse candidate in a back room of the Milwaukee Convention Center. I can’t think of anyone just now from, say, the governors’ mansions across the land. And just imagine if they tapped someone from Congress, such as that lying caitff Adam Schiff (D-CA), what opportunity for sport he would present. More likely, they’d draft some Hollywood celebrity: George Clooney… Oprah… Morgan Freeman (hasn’t he already been president, or did he just play one on TV?).

One thought on “Things Get Interesting – Will Trump Be Forced To Postpone The Election?”