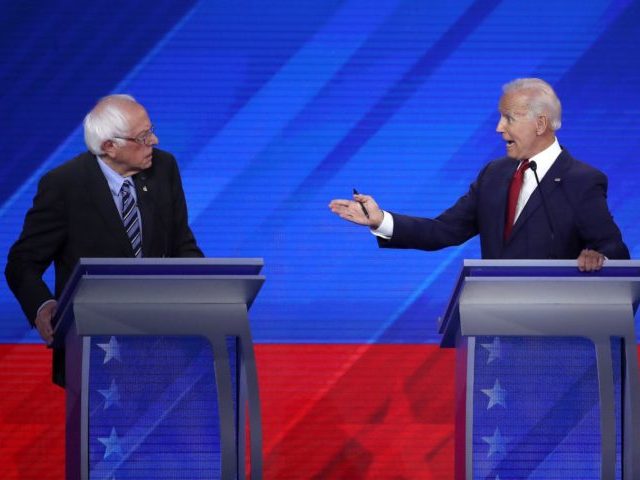 Former Vice President Joe Biden said Friday that his campaign had raised $22 million in five days following a win in South Carolina and a surge of Super Tuesday wins.

Biden’s victory in ten out of 14 states that voted on Tuesday put new life into a campaign that was left for dead just weeks before when Sen. Bernie Sanders (I-VT) was in the lead.

The Democrat former vice president told his supporters all of this on a call on Friday in a fundraising update, giving them a warning that the “Bernie Brothers” would be conducting an “increasingly negative” campaign.

“What we can’t let happen is let this primary become a negative bloodbath,” Biden said. “I know I’m going to get a lot of suggestions on how to respond to what I suspect will be an increasingly negative campaign that the Bernie Brothers will run.”

“We can’t tear this party apart and reelect Trump,” he added. “We have to keep our eyes on the ball, in my view.”

“Bernie Bros” has been the term to describe hardline Sanders supporters since his 2016 election campaign. These “Bernie Bros” have received a lot of pushback for their aggressive tactics on social media, especially on Twitter.

Biden and Sanders are set to face off in the next set of primaries on Tuesday, with Idaho, Michigan, Washington, Mississippi, Missouri, and North Dakota all set to vote that day.

In one poll taken among Missouri voters, Biden holds a slight edge over Sanders, and another poll taken after Sen. Elizabeth Warren’s (D-MD) exit from the race showed that Biden had a double-digit lead over Sanders.