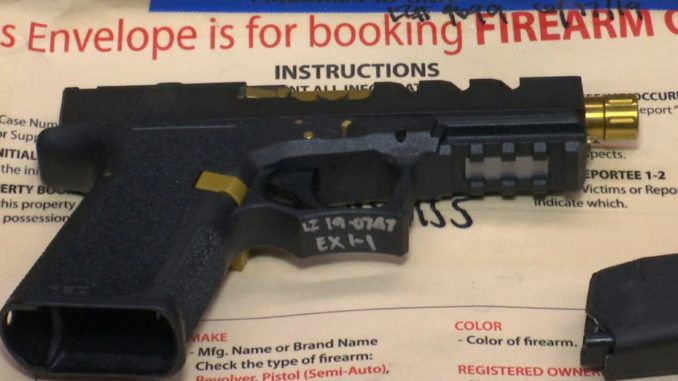 Investigators confirmed that a loaded handgun was found in the Metropolitan Correctional Center (MCC) in New York City, the jail that convicted pedophile Jeffrey Epstein was found dead in, according to a new report.

After a lockdown lasting a week, a loaded gun was discovered to be smuggled into the jail, according to AP News.

AP further described the discovery of the gun as a “massive breach of protocol” that “raised serious questions about the security practices.”

DailyCaller report: Jeffrey Epstein, a billionaire who has been convicted of sex crimes, was arrested again in 2019 and later found dead from an apparent suicide in his cell in MCC. [RELATED: Jeffrey Epstein’s Secret Bank Account Has Moved Millions Since His Death and No One Knows Why]

His death has been the focus of many conspiracy theories. In November, news broke that the FBI is looking into a “criminal enterprise” possibly involved in his death.

Jeffrey Epstein’s brother, Mark, has claimed that he doesn’t think Jeffrey would kill himself. He further said that his brother’s death was “very suspicious,” adding that he “knew a lot of stuff about a lot of people.”

Epstein’s friendships with other powerful men have also been scrutinized. ABC anchor George Stephanopoulos said last year that it was a mistake to associate with him after he got out of prison the first time.

Former President Bill Clinton also flew on Epstein’s plane, and there are pictures of Clinton aboard the “Lolita Express” plane.