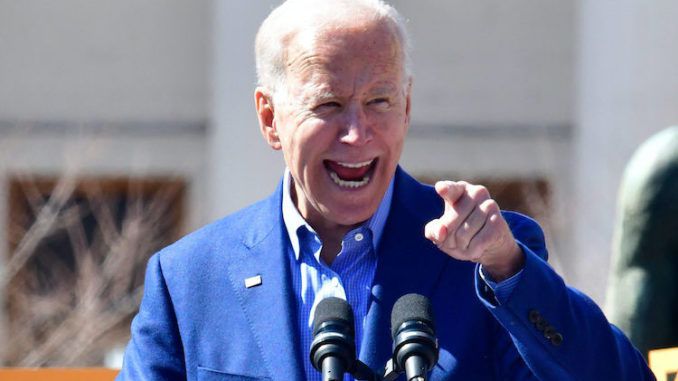 Democrat presidential frontrunner Joe Biden is now forgetting his own name, telling a crowd of supporters that he’s an “Obiden-Bama Democrat.“

Joe Biden held what passes for a ‘rally’ for a Democrat at Kiener Plaza in downtown St. Louis, Missouri on Saturday after a successful Super Tuesday.

From his *seven minute* speech today. Amid widespread concerns about his mental fitness, Biden can't go seven minutes without putting his foot in his mouth.

He's in no condition to beat Trump.pic.twitter.com/Vd8rJhuzeG

Days after confusing his sister for his wife, the 77-year-old former Vice President jumbled his own name during the seven minute speech in St. Louis.

Biden mish-mashed his name with Barack Obama’s name as he was boasting about his credentials as a life-long Democrat.

This is starting to get embarrassing.

“I’m an Obiden-Bama Democrat!” Biden declared to the cheering crowd.

It’s time to ask, seriously, what is wrong with Sleepy Joe?