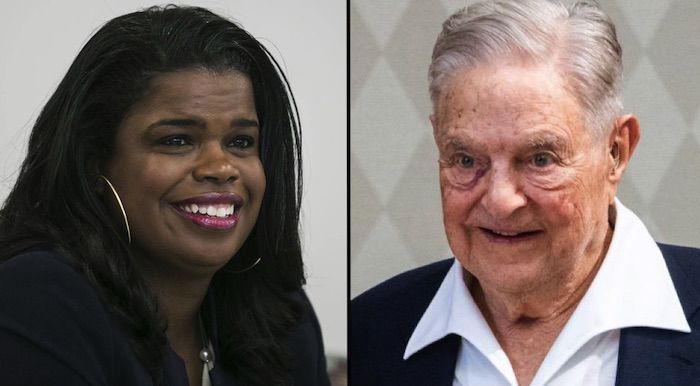 Foxx is running to return to her office as state’s attorney for Cook County, and it’s reported that she was aided by a political pac named the Illinois Justice & Public Safety PAC which helped her run a six-figure ad campaign.

The pac’s entire $2 million budget came from one of the many activist groups funded by Soros, according to the Washington Free Beacon.

Breitbart.com reports: The Soros funding came as part of the billionaire’s effort to put radical leftists into county attorney and prosecutor offices all across the country. And Foxx has been part of the Soros plan for years, already. She received $408,000 from the foreign billionaire when she first ran for her office in 2016.

Foxx was widely criticized for her controversial decision to drop charges of lying about a hate crime lodged against TV actor Jussie Smollett despite that the Chicago Police and a grand jury recommended that he be prosecuted. Even the city’s left-wing mayor vowed to hold the actor accountable for his actions.

Readers may recall last January when Smollett claimed that he was beaten by two white racists in MAGA hats who poured bleach on him and hung a noose around his neck after he left a Subway restaurant in downtown Chicago during a freezing cold morning.

It was not long before the Chicago Police Dept. gathered enough evidence to show that the former Empire star was lying about the attack. Police collected evidence they say showed that Smollett had conspired with two brothers, Abel and Ola Osundairo, to buy all the supplies used in the “attack,” that he paid them thousands of dollars, and that he likely invented the whole story to get publicity.

George Soros is not the only super-rich leftist who supported Foxx. Free Beacon also noted that Foxx was the recipient of a lot of big dollar donations:

Foxx is competing against three other Democrat candidates in the Democrat primary in Illinois which is scheduled for March 17.