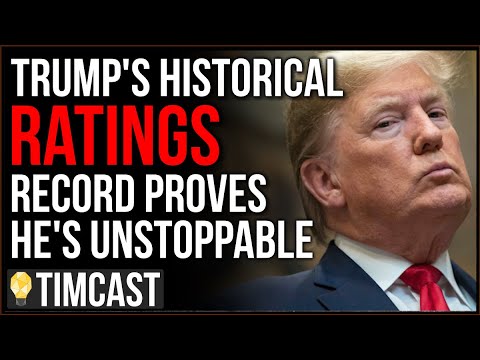 Trump SHATTERS Historical Record AND GOP Voter Turnout, Democrats Don’t Stand A Chance In November. Donald Trump’s town hall on Fox News shattered a historical record at 4.2 Million viewers. This happened just after record voter turnout in what some are calling a meaningless GOP primary as Trump is the presumptive nominee. Even though Trump supporters and republicans have no reason to go vote in the primary they are choosing to do so anyway, At the same time Democrats are getting decent voter turnout but are completely divided. As most people vote on tribal and partisan lines how can the Democrats, which are split between far left and liberal, actually muster a defense against Trump record smashing campaign?