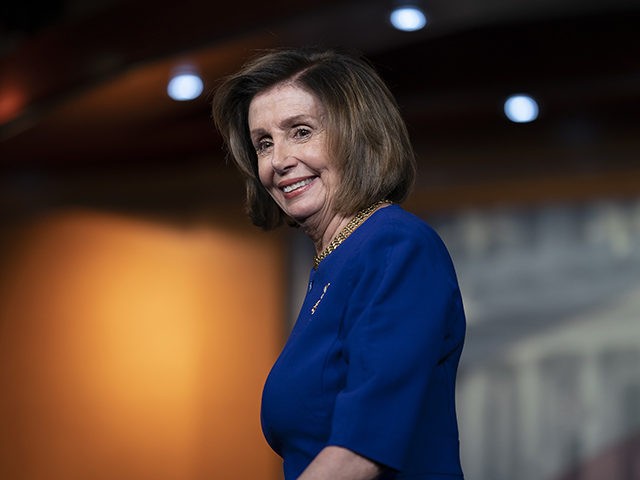 House Speaker Nancy Pelosi (D-CA) on Monday waxed hyperbolic about the 2020 presidential election, telling an audience that “civilization as we know it is at stake.”

Pelosi made the remark during a speech at Northeastern University in Boston, Massachusetts, according to Fox News correspondent Rob DiRienzo.

“Civilization as we know it is at stake,” said Nancy Pelosi just now, referring to the presidential election at Northeastern University. pic.twitter.com/rqag01IX69

Pelosi’s speech also touched on other topics, including women in politics.

“Just generally, I usually always cast my vote for a woman. I just do,” she told attendees.

Speaker Nancy Pelosi: "Just generally, I usually always cast my vote for a woman. I just do." pic.twitter.com/caeEWJ4qHE

One thought on “Nancy Pelosi: ‘Civilization as We Know It Is at Stake’ in 2020 Election”