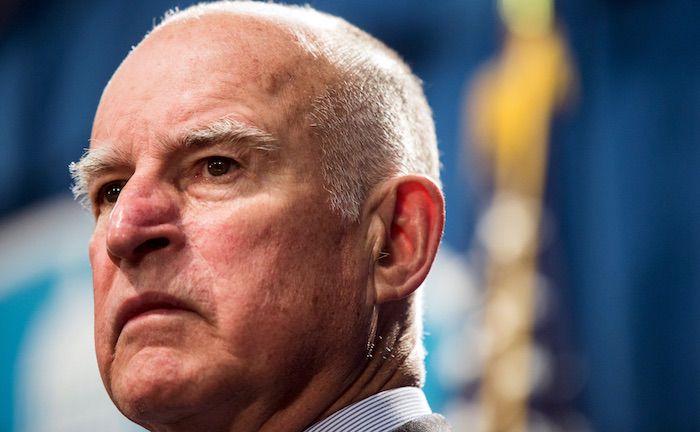 In 2018, Former California Gov. Jerry Brown complained that “dangerous” President Donald Trump was “sabotaging the world order” before speaking on behalf of globalists around the world in stating “we gotta get rid of this guy.“

Gov. Jerry Brown, whose radical leftist policies on climate change, gun control, and criminal justice reform were responsible for reducing the once great Golden State to its present disastrous condition, appeared on TV to trash President Trump and promote the globalist “world order” in footage that was recently recirculated online.

🔥“When someone tells U who they are, BELIEVE THEM”💥

🔥The left will stop at NOTHING to turn our country into a 3rd world pile of garbage!

Gov. Jerry Brown’s remarks didn’t go down well on Twitter, with patriotic Americans rising up in the comments to tell Gov. Moonbeam where to stick his globalist loyalties and failed policies.

One thought on “2018 Footage of Jerry Brown Saying ‘Trump Is Sabotaging The World Order’ Appears on Twitter, Patriots Destroy Him”