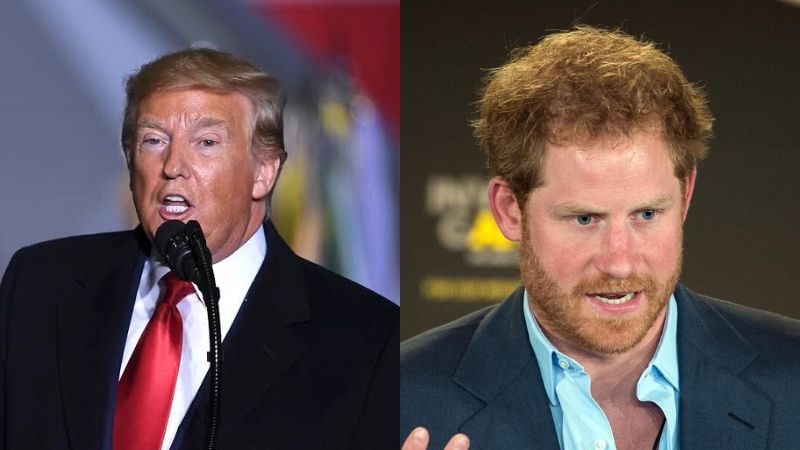 Prince Harry has slammed President Donald Trump in what he thought was private phone call with Greta Thunberg, claiming that Trump has “blood on his hands” because of his support for the American coal industry which is affecting “the climate and the island nations far, far away“.

The Duke of Sussex appears to have fallen victim to prank callers and he shared with them his unvarnished and unflattering opinions on world leaders.

According to Harry, the world is being led by ‘some very sick people.’

Prince Harry was targeted by a pair of Russian hoaxers who pretended to be Greta Thunberg, telling him they were distant relatives and that she wants to marry Prince George to tackle climate change.

He said: ‘The fossil fuel industry and certain presidents around the world are driving completely the wrong agenda. I think the mere fact that Donald Trump is pushing the coal industry so big in America, he has blood on his hands.

‘Because the effect that that has on the climate and the island nations far, far away – again out of sight, out of mind.’

Harry said in the recording that he was ‘confident’ that in the next five to 10 years ‘things will change’ with regard to the climate agenda.

He adds: ‘But we can’t wait five to 10 years, so I think if Donald Trump can become president of the United States of America, then anything’s possible, right?’

Metro report: The duke told the prankster posing as Greta that the activist is ‘one of the few people’ who could reach into Prime Minister Mr Johnson’s ‘soul’ and get him to believe in her cause.

‘But you have to understand that, because he has been around for so long, like all of these other people, they are already set in their ways,’ he reportedly said.

During the call, the hoaxers joked about reading about the royals, to which Harry replied: ‘I can assure you, marrying a prince or princess is not all it’s made out to be!’

Asked about his uncle the Prince Andrew’s friendship with pedophile Jeffrey Epstein, Harry said: ‘I have very little to say on that. But whatever he has done or hasn’t done, is completely separate from me and my wife. We operate in a way of inclusivity and we are focusing on community. And so we are completely separate from the majority of my family.’

A spokesman for Harry said they would not comment on the story. Members of the royal family have been the target of hoax callers before.